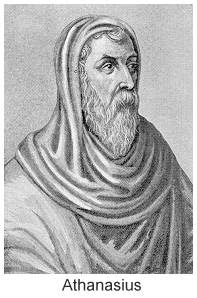 All too often we seem to blog away about choosing sides; like Christianity v. Islam or conservative v. liberal or atheist v. religious or corporate life v. farming (and on and on as we can't seem to define the "I" of each of us any other way except by the 'us v. them' scenario) and the sad reality is that very few of us in the pews this Sunday will have actually taken the time to study from any of the great catechists for the sole purpose of drawing ever nearer to God. I think that Amy Welborn has a great challenge for all of us, Catholic or otherwise, and that is to develop or get into a study using the soon to be available Apostles and her study guide coming out through OSV. 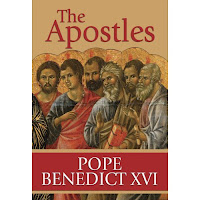 This is not to say that it isn't interesting to learn about the 'other side', however if called upon to defend the Church and The Word, just how much are you up on it to do that? It is one thing to know the 'other side' but it is another thing to have experienced the encounter of Christ and having your "I" expanded so to meet the 'other' and be on firm ground. Having just come from a Jeff Cavin and Tim Gray workshop on Acts of the Apostles (I'm that one toward the back right side next to the aisle) there is more and more options (meaning less and less excuses not) to get immersed in The Word. Are you up to doing that in a manner causing the least amount of scandal? When we model after the great catechists, who have drawn all their faith, hope, knowledge and love from the Living Word, rarely is one scandalized for the Truth sets one free. Read about St. Athanasius and St. Anthony and allow them to help you draw nearer to God.

From "ATHANASIUS: PASSIONATE THEOLOGIAN OF THE INCARNATE WORD" at Vatican Information Service reporting on Pope Benedict XVI's catechises this morning.

This saint's most famous work "is his treatise 'On the Incantation of the Word'," in which he affirms that the Word of God "was made man that we might be made God; and He manifested Himself by a body that we might receive the idea of the unseen Father; and He endured the insolence of men that we might inherit immortality."

Athanasius is also the author of meditations upon the Psalms and, above all, of one of the most popular works of ancient Christian literature, "the 'Life of St. Anthony,' the biography of St. Anthony Abbot which ... made a great contribution to the spread of monasticism in East and West."

The life of Athanasius, like that of St. Anthony, the Pope concluded, "shows us that 'those who draw near to God do not withdraw from men, but rather become truly close to them'."

Here is a link to "Life of St. Anthony" by St. Athanasius that Pope Benedict XVI refers to in his catechises this morning.

Tip of the hat to Michael @ Annunciation
Posted by David Nybakke at 12:43 PM