This article is not too long so I will wait patiently while you read it before preceding. 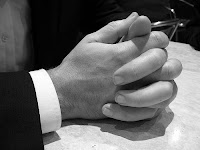 I don't get too wrapped up in "pending disaster" predictions, however I think there are a couple interesting aspects to the article that I want to draw out.

Rabbi Lapin is the founder and leader of Toward Tradition - a ground-breaking coalition of Jews, Christians and other Americans united in fighting secular fundamentalism and promoting traditional, faith-based American principles of constitutional and limited government, the rule of law, representative democracy, free markets, a strong military, and a moral public culture.

The creation of an alliance of people with differing backgrounds and traditions is something to look at. What is their 'gathering' principle? What model of coming together are they fashioning themselves after? Don't misunderstand, I think in this case they may answers these questions in a very favorable light to our way of thinking. If this is a good working model of 'coming together' then I hope others can copy their method...

And then this following quote needs to be held up for all to meditate on -- and each of us should delve deep inside to touch our own core belief of end times.

Many of us get caught up in "turbulent threshold" paranoia and we don't allow the "unimaginable solutions to all human problems" to wash over those fears. Kind of reminds me of a story Gil Bailie has told:

I remember reading, back in the 80’s when they were building nuclear weapons as fast as they could, there was this woman arrested for pouring blood on a nuclear warhead. She was interviewed while the nuclear build up was going just as fast as it could, the interviewer said, “Don’t you despair? Here you are serving 18 months for that, meanwhile these warheads are coming off the assembly line as fast as they can?” “Oh no,” she said, “the victory over evil was accomplished at the Cross my task is to live in the light of the victory.” Isn't that something?

I think that Rabbi Lapin's remarks should not be taken for granted nor tossed aside. My first question regarding their 'gathering principle' should be examined, particularly from a Girardian perspective to see if at its center there is a victim.

But there is something very special going on when a group can move peacefully beyond the dialogue (initial stage) with members of other faith traditions and venture to the next level of discernment together so that each feels safe to explore their end of times picture. Along this path of exploration a group will find that each faith tradition will be able to help the other, but the absolute key to helping foster a safe meeting place is the holding onto this end of times picture of "unimaginable solutions to all human problems," as Rabbi Lapin puts it -- or as the Christian in the above story says, "the victory having already been won." The Judeo-Christian tradition is vital for this process. And it is a Girardian anthropology that will help ground the group in the knowledge that it is our violence - not God's that has to be undone.

The wrath of God is forgiveness - problem is that we just don't want to believe it.
Posted by David Nybakke at 4:45 PM

What I found most interesting re: the good Rabbi's article was this:

"The King James translation refers to these people as giants - one thing, in the Hebrew, it becomes immediately very clear is that what we really are talking about is aborted people, aborted fetuses."

"In Hebrew," explained the Rabbi there is "one word for giants (and) aborted fetuses." Comparing the time of Noah to the current day, the Rabbi said, "Babies that are aborted eventually bring about a culture of death that destroys society."

'Had no idea. None. Wow. I emailed it to Bailie when I read it.

I am glad you emailed it to Gil.

Come on Ath, "giants" - "aborted fetuses" - I figured everyone saw the similarities...

I read that kind of thing, and of course the author of this artilce is only skimming the surface, but I tend to dismiss the reporting.

Once again, you have succeeded in making my brain hurt . . .but I am confident that it's just growing pains (O: