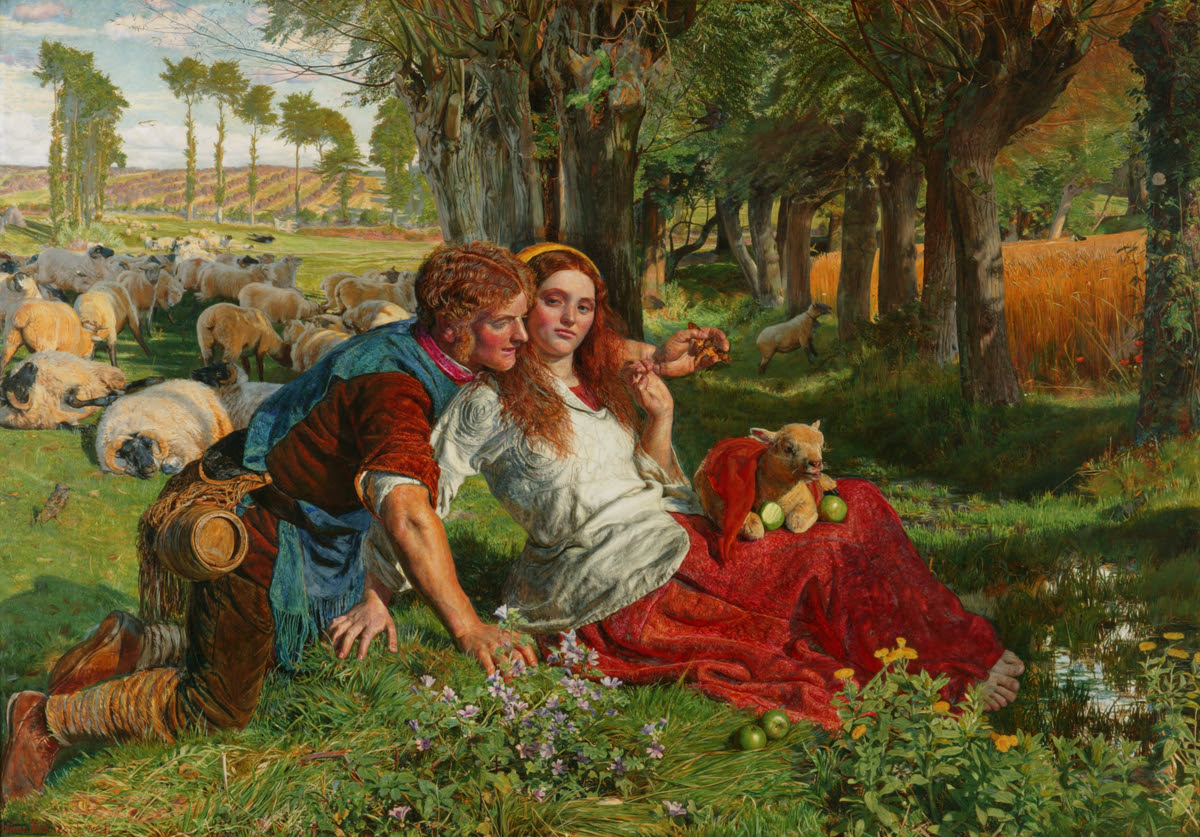 The painting, The Hireling Shepherd, by Hunt is replete with biblical imagery [Cf. John 10:1-18]. Hunt brought together Rossetti and Millais and in all likelihood was the artist most responsible for the formation of the Pre-Raphaelite Brotherhood.

But it is interesting to note several other things about the PRB. First, they named themselves for someone -- or, more accurately, for a time period prior to someone, namely, the artist Raphael. Why go to the bother of cryptically calling yourself by a time period that preceded an artist when you happen to be aspiring artists living in England?

Okay, then let's look at two other dates that juxtapose interestingly. First, the birth year of a man who would change western Christendom for better or worse, Martin Luther: 1483. And now a date by which this firebrand German monk would have set fire to dry tinder with such tracts as his Epitome in which he declared "that the true Antichrist is sitting in the temple of God and is reigning in Rome -- that empurpled Babylon -- and that the Roman curia is the Synagogue of Satan" [Will Durant, The Reformation: A History of European Civilization from Wyclif to Calvin: 1300-1564, 351].

Secondly, many themes of the PRB came lovingly from plays by William Shakespeare, who as I have posted recently, is attaining a measurable reputation for being a "papist" in post Reformation England.

Thirdly, in their own lifetimes, the PRB artists were castigated for painting themes that narrowly skirted accusations of being pro-Catholic Church. I will share these in future posts.

But the most important piece of evidence that the PRB was not merely a romantic sigh for a lost Medievalism, I think, is the first point above. It was the Brotherhood's agreement to cloak their identity in a kind of counter-Protestant Reformation mentality, artistry, and loyalty. It was just sufficiently obscure and forthright that a curious investigator could easily connect the historical "dots" but most would not.

I would be interested in knowing if others -- and probably much more scholarly than I -- have traced these pieces of evidence. I will happily bow to former and better research if that so happens.

Meanwhile, I like to think I have discovered why I love the Pre-Raphaelite paintings so much.

To learn more about Raphael please link to Artsy’s Raphael page.
Posted by Athos at 6:10 PM

Yeah, I don't remember any of that from my MICA art history classes.