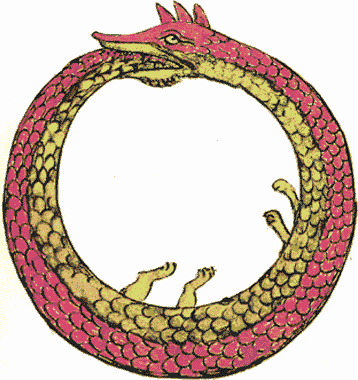 In his book, Why Johnny Can’t Tell Right from Wrong, William Kilpatrick recounts how in the 1970's the "values clarification" movement lent academic and "social science" legitimacy to what Benedict XVI calls "the dictatorship of relativism." The new presupposition was that it was now a moral wrong to impose values on children. One was to let values ooze from the individual child like droppings of a noble savage. Once again, the academics, far from questioning such unheard-of practices, instead gave their stamp of approval to the zeitgeist from which they came: "peace, love, (dope)."

Just think if we taught chemistry this way. "Okay, class, go into the lab and start creating your own compounds. If you should happen to blow yourself up ... well, at least it will be an authentic search."

From these perfumed meadows of a Rousseau-esque idyllic fantasy world came the present "crisis of distinctions" (R. Girard) in which the west is floundering: the individual is everything; marriage is a convention of personal preference with no definition; child-bearing and child-rearing a ridiculous waste of personal time, effort, and money; and selfhood whatever I damn well please. From this we get such arbitrary, give-away-the-store legislation as Local Law Enforcement Hate Crimes Prevention Act of 2007.

"Hate crime," you see, is defined as anyone who balefully believes, says, or proposes anything against Values Clarification Commandment Number One (above). Or, as Dymphna says, "some victims are more equal than others, and any situation where the federal government can stick its nose is now an improvement over local law enforcement."

I was going to begin sharing some good news in Part II, but I can see that it will have to wait. However, those who have reached into both the New Testament and the scholarly work of Girard's mimetic theory know that unbaptized political power inevitably turns into a way to find new victims to sacrifice. In other words, new attempts at a very old way of scapegoating others in order to feel good about ourselves. The only -- the only -- way of avoiding this recurring pattern is the Way, truth, and life of Christ the King in humility and service.

In Part III, I will play "Dr. Cornelius" from C. S. Lewis's Prince Caspian and let you know a great secret: faith, hope, and charity exist and can be found in the one, holy, catholic, and apostolic Church, built upon Peter by the living, Eucharistic Lord, Jesus Christ. There is a bright, shining world above and beyond the dodgy world of relativism that is presently eating up itself.
Posted by Athos at 9:41 AM

Excellent post. You have jammed enough material in this one post to make for a full course. With this school semister nearing an end, willing you be teaching this post beginning in the fall semister or will you offer it in the summer as well? Where and when do I go for registration?

Thanks, Aramis. What is frightening is seeing how relativist school kids are -- Catholic school kids. It is as though there is a schizoid fault line running down the middle of their lives: learn the Creeds, prayers, etc., then breath and devour pop culture's creeds, prayers, etc. In short, live as though the relativist world is the real one, with a gloss of faith on top.

One has to believe in the power of their Baptisms, pray for the gift and power of the Holy Spirit at their Confirmations, and work with them at sanctification in the ongoing grace of Holy Communion.

Perhaps it's the same story for all of us: it is just a continuum, and other more saintly people look at us the same way!

No, no Ath, don't go soft here. You are picking up what I have been trying to say -- our understanding and making sense of our faith has not kept up with all that is going around us. We really have to assume people DO NOT know what anything wtihin our faith and religion means. They may recite prayers and creeds, but don't ask them for meaning and certainly don't ask them to make a choice between their faith and pop culture. Regardless of making a choice -- there have been a waning of religious meaning and therefore a loss of practical relavancy to faith and our kids know this in their bones.

Anyway, my point is that we must stay simply with our words and dialogue if we are to reach most people where they are at.

One more thing on this comment of yours: "What is frightening is seeing how relativist school kids are -- Catholic school kids."

Having done considerable amount of advertising in my days, the other side of relativism that seriously hampers kids (and parents/adults) is the high level of distractions in this materialistic world we live in today. And possibly, Catholic kids are more inundated due to the increase "noise" (of an added religious education on top of their "normal" education) that they are forced to filter than other kids.

To make sure it gets on the record, bravo, Mr. President!