Contrition - The Truest Form of Knowledge 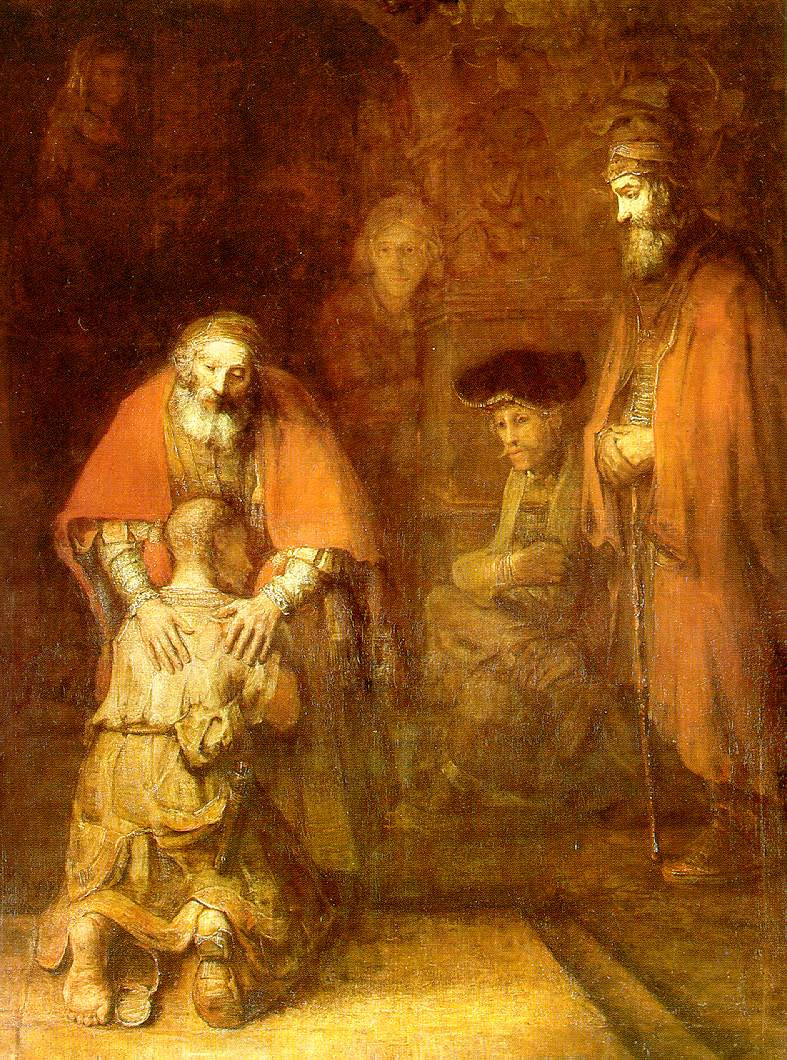 Rembrandt HARMENSZOON VAN RIJN
The return of the prodigal son c. 1662 (210 Kb); Oil on canvas, 262 x 206 cm; The Hermitage, St. Petersburg
"...For this son of mine was dead, but now he is alive; he was lost, but now he has been found." And so the feasting began. -- Luke 15:24
The Massketeers talk a great deal about sources of the self, ontology, personhood and the like. The New Testament word for substantiation is ousia (Gr. Ion. that which is one's own, one's substance, property). Jesus makes clear that one's substantiation comes solely from the Father in this parable. It can't be clung to or wrenched away from Him and taken elsewhere as a personal possession.
It is only in returning to his Father that the prodigal son regains his original status, his sonship. Contrition, remorse, repentance and penance return us to right relation with the Source of our very being.
Posted by Athos at 10:08 AM

Yes, yes. Also, the "hidden" message or question with all this is where does one's substantiation come from if one turns away from the Father and why is it important to understand the risk of turning away? And oh, by the way, luke warm-ness (or minding one's own businees) is the same or worse than a deliberate turning away from the Father. I think many today in our world fall into this category - without giving it a thought or care, they are simply turning themselves over to the next fad (deceiving themselves of their innocence) or scapegoating-victimage mechanism, swept up by the contagion of the mob. As you say, Athos, being grounded in prayer, contrition, remorse, repentance and penance is the ONLY way to return us to right relation with the Source of our very being -TO LIFE.

Deu 30: 19-20a
"I call heaven and earth to witness against you today, that I have set before you life and death, the blessing and the curse. So choose life in order that you may live, you and your descendants, by loving the LORD your God, by obeying His voice, and by holding fast to Him;