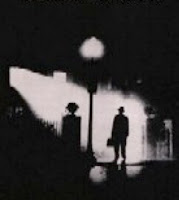 The present-day enemies of the Catholic Church - that is, the ones attempting a degradation of the Catholic Church, are doing so through legislative and judicial means. They are also utilizing strategies of swaying public opinion via political capital, riding the coat-tails of the popularity of B. O. While there is an offensive odor to this, it might be seen to have a high degree of probability of success, regardless of the fact that the Catholic Church has faced many enemies for its two thousand year existence.

Why might its enemies have such success? because militant and technologically-enhanced "progressive" agendas are, as never before, able to coerce and sway masses of people. Therefore, the Catholic Church may be in a corner it has never been forced to occupy - globally - in a relatively short amount of time.

Except ... except it's foes are forgetting something vital: the Catholic Church stands on the ontologically superior Being of Jesus Christ. This and this alone gives the Catholic Church the clear advantage in this struggle against the princes and rulers of this age. The people who make up the Catholic Church are fallen, feeble, mortal. His power is unquenchable, irrepressible, unshakeable. All - all - coherence comes solely from Him.

And woe to those who arrogate to themselves the task of thwarting that which He wants active and working in the world. One might say they have the same kind of reality check ahead as did Saul of Tarsus ... if Our Lord chooses to grant them such a shot at repentance ...
Posted by Athos at 10:30 AM