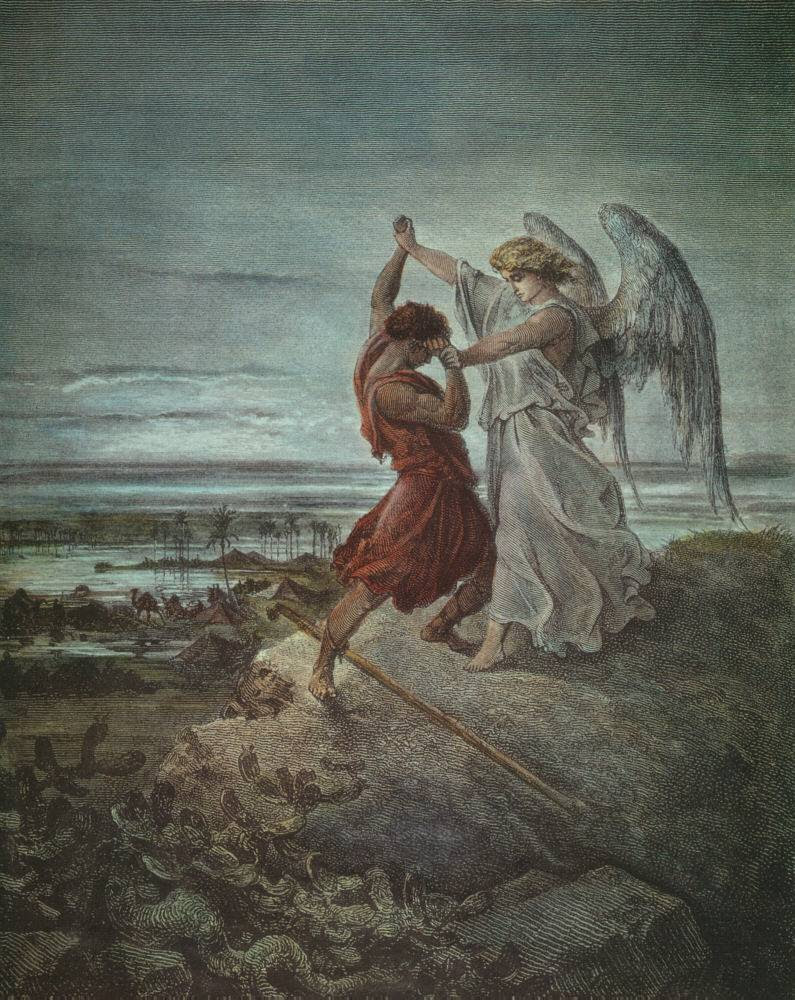 Over at The Dawn Patrol, Dawn Eden continues her courageous, one-woman assault on the symptomology of sexual debauchery in the materialistic relativism of the west. In one You Tube episode [“The Truth Shall Set You Free,” January 8, 2007, Basement Japes], she begins her counterpoint by saying that she believes there is truth and it is true for everybody.

She descends into the maw of the beast of hedonism and decadence to offer a hand-up to people caught in slavery that passes for individualized “freedom”. Not bad for a self-admitted lax ethnic Jew and now Catholic convert? Nay, far more -- it is a magnificent effort of a feisty latter-day Joan of Arc.

If there IS truth, who do you trust to transmit it? Who, or what, is worthy? For Dawn Eden, she has decided that the Catholic Church transmits truth clearly, forthrightly, definitively. Okay. But if so, doesn’t it exclude by demarcating the boundaries of what is truth and what is not? Hmm. For anyone who has studied Girard’s mimetic theory, that smacks of remnants of the sacrificial system the Gospel has come to break down and do away with. What is to be done?

First, the usual argument: “Why should the Church deny the lifestyles and beliefs of people who disagree with the Magisterium? Isn’t it really just a few old power-hungry men trying to keep the rest of us from sharing the power and making democratic decisions about what the Church should be like?”

Note that this argument sounds egalitarian and unselfish. But at its heart it is self serving. By arguing that everyone should have a vote in what truth is or is not, it protects its own belief that I can decide what truth is. This is bedrock for relativist modernity; namely, the infallibility of the individual. “I did it MYYY way,” and “Don’t foist your opinions on ME.” The argument of pretending to stand for the rights of others in this case is not other-centered, but self-centered self-concern. This “dogma” says the individual is infallible and all-knowing. Yeah, right.

The Catholic Church, on the other hand, is astonishingly humble. The Pope, the pontifical leader of the entire People of God, is hardly powerful. His hands are tied: he can’t change the deposit of faith even if he wants to. George Bernard Shaw even said:

Gil Bailie in his “Emmaus Road Initiative”series [Jan. '06] explains perhaps most clearly of all why the Church’s Magisterium is not only necessary but worthy of our humble appreciation in service to real, unadulterated, rock-solid truth:

What Paul calls the obedience of faith is different from obedience to the rigors of the law. Jesus says it all over the place. Paul says it all over the place. The rigors of the law are not for nothing, and you can’t walk away from them. They have a very important place in life; not only in the life of the young, the immature and so on. They will always have a place in life, because no matter what our age is or our level of maturity, spiritual or otherwise, there are moments in our lives when we betray it all. And the fact that there is something there, the stone tablets there, by which to calibrate this betrayal is very helpful.

So the idea that, oh, we’re just going to live by the spirit and throw out the Law is nonsense. You have to have that, but it is not enough. It’s not enough. But obedience of faith is not a sort of open-ended thing, because faith itself -- as the Christians learned about fifteen minutes after they first gathered in the Upper Room – everybody is going to have their version of it. It is going to go in all directions just like everything else; the Leonard Cohen thing, you know. It is going slide in all directions; won’t be nothing you can measure anymore.

So the very thing that is important for us to get beyond, an old-fashioned version of obedience, requires that faith itself be carefully defined, be guarded. So the Magisterium that guards faith does so not in the interest of imposing the old-fashioned law, but in the interest of keeping pristine this thing that frees us from it; not away from it, but into its heart, into its mystery. Faith is nothing but a bunch of paradoxes, and this is one of the most profound. You have to have that Magisterial protection at the heart of it in order to be freed from a slavish version of obedience into the obedience of faith.

So, take heart, gentle reader. There is truth. The Massketeers lay our swords at the feet of truth. And truth has a Name.
Posted by Athos at 8:00 AM

Truth, yes and the goodness of the Truth. In the chapter titled, "The Goodness of Mimetic Desire" from The Girard Reader, Rene says, "The thing that is unique about Christianity is that it wants to go back to the origin, to the sacrificial origin, and uncover it."

Uncovering the truth of and at the origin of humanity - the culture founding event.

Athos comments: "By arguing that everyone should have a vote in what truth is or is not, it protects its own belief that I can decide what truth is. This is bedrock for relativist modernity; namely, the infallibility of the individual."

This is also bedrock for our never-ending attempts at denying our sin in clinging to the false sense of mythological innocence.

Well then, your service seems quite satisfactory today.

As a side note, Porthos' last (please God) cigarette was last Wednesday morning. If you feel inclined to support me in prayer on this one, it would be appreciated. I'm on the gum.

As Leslie Nielson said in the Airplane movie, "I picked a bad day to quit sniffing glue."

I think all of the 3Ms have been under no little duress of late. Prayers, please, Our Lady! More grace!