Let This Mind Be in You tape #3

The touchstone for the understanding the Bible is the moment when Saul, soon after witnessing the stoning of Stephen, had a conversion. He realized that he participated in the persecution directed at enforcing the law for cultural order trying to keep his religion from contamination by heresy. The significance is that though he participated and approved of the stoning of Stephen he still has a revelation – a revelation of the innocence of the victim of the law and order campaign of his day. It tells us that the power of the crowd is unbelievable. The next we know of Saul he's on the road to Damascus and the cock crows. He realizes that he has been a persecutor and yet becomes one who tells the story.

In this session Gil looks at 2 sayings that address the 2 forms of power/influence that bring about order. 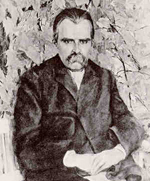 "The thoughtless man thinks that the will is the only thing that operates – that willing is something simple, manifestly given, and comprehensible in itself. He is convinced that when he does anything, for example, when he delivers a blow, it is he who strikes, and he has struck because he has willed to strike. Of the mechanism of the occurrence, and of the manifold subtle operation that must be preformed in order that the blow may result, and likewise the incapacity of the will in itself to effect even the smallest part of these operations, he knows nothing of these. (Arthur) Schopenhauer with his assumption that all that exists is something volitional has set a primitive mythology on the throne. He seems never to have attempted an analysis of the will, because he believes like everybody in the simplicity and immediateness of all volition. While volition is in fact such a cleverly practiced mechanical process that it almost escapes the observing eye." -- from The Gay Science

Notes from Bailie: The will is something that happens to us. We get caught up in it. The will that Nietzsche wants to revive cannot be revived by an individual – in the same way that, try as we may, we cannot revive myths, because the mental attitude which is, ‘I am going to find a myth and believe in it,’ is antithetical to mythological consciousness. Mythological consciousness is a consciousness of someone who has been caught up in it. Likewise the will, according to Nietzsche, for it to revive culture to the Apollonian order of its heroic tradition must be swept up into a power greater than what an individual can revive – so then when you deliver the blow, you may think it is your will, but it is not, something else is operating.

St. Paul realizes the need to become Christ-links whereas Nietzsche wanted to transform humankind into Ubermensch with enough will-power to revive the Apollonian order. The reason for the Ubermensch with will-power is because myth no longer has the lasting power of old. What Nietzsche saw was that to reclaim order culture would have to come from either the Dionysian impulse or Christ. 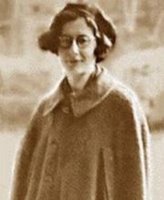 "God has provided that when his grace penetrates to the very center of a person and from there illuminates all his being, he is able to walk on water without violating any of the laws of nature. When, however, a man turns away from God he simply gives himself up to the law of gravity. Then he thinks he can decide and choose, but he is only a thing, a stone, that falls. If we examine human society and souls closely and with real attention, we see that wherever the virtue of supernatural light is absent, everything is obedient to mechanical laws as blind and as exact as the law of gravitation… Those whom we call criminals are only tiles blown off a roof by the wind and falling at random. Their only fault is the initial choice by which they became such tiles."
“The mechanism of necessity can be transposed to any level while still remaining true to itself. It is the same in the world of pure matter, in the animal world, among nations, and in souls. Seen from our present standpoint, and in human perspective, it is quite blind. If, however, we transport our hearts beyond ourselves, beyond the universe, beyond space and time to where our Father dwells, and if from there we behold this mechanism, it appears quite different. What seemed to be necessity becomes obedience. Matter is entirely passive and in consequence entirely obedient to God’s will. It is a perfect model for us. There cannot be any being other than God and that which obeys God.” Waiting for God (pg. 75-76)


The rest of tape 3 focuses on the play "The Bacchae" by Euripides. I will leave that for Athos and another post, but to end with Bailie's ending of the session: The romance of "The Bacchae" is that if one let’s oneself go, one can be swept away into this beautiful place – a golden age – where freedom is law and so one can go with the gravitational flow. We need to remember that we are under the influence of either the biblical God or it’s the influence of what Simone Weil called gravity and what Nietzsche called Dionysus.


For other posts on Gil Bailie's tape series, Let This Mind be in You:
Athos notes on tape 9B link here
Aramis notes on tape 2 here
and you can see our first post regarding this tape series by clicking here
Posted by David Nybakke at 4:05 PM

Okay, Aramis, analyze, synthesize and evaluate the awesome quotations from Herr Nietzsche and Mm Weil. They are part and parcel of Bailie's thesis for Let This Mind. What do they mean for you, eh what?

Along the lines of gravity, volition and the abandonment of the Christian faith, Paul Belien, at The Brussels Journal says the following in his somewhat dated but worthwhile post, "The Rape of Europe:"

“If faith collapses, civilization goes with it,” says (Tom) Bethell. That is the real cause of the closing of civilization in Europe. Islamization is simply the consequence. The very word Islam means “submission” and the secularists have submitted already. Many Europeans have already become Muslims, though they do not realize it or do not want to admit it.

The operative message in the above clip from Belien is,

' “If faith collapses, civilization goes with it,” says (Tom) Bethell. That is the real cause of the closing of civilization in Europe. Islamization is simply the consequence.'

Athos, we are talking about sheer madness, yes that is what it is, both of them are possessed. Herr Nietzsche and Madame Weil have breathed in fumes of the sort that send others half their intellect to the asylum and which, it could be argued, caused both great health (both mental and physcial) problems. They are so far out on a limb from all basic systems of thought that no one needs to worry because only lunatics venture out there...

You know, all great ideas usually come from the mystics or near-mystics who too often fall into insanity.

Possession - either the Dionysian impulse (gravity) or Christ (the mind of Christ) -- there is no in-between for one is always headed toward one or the other.

From Dictionary.com:
possessed
–adjective
1. spurred or moved by a strong feeling, madness, or a supernatural power (often followed by by, of, or with): The army fought as if possessed. The village believed her to be possessed of the devil.
2. self-possessed; poised.

But even our dictionaries don’t get it right with their inclusion of the concept of self-possessed. According to Nietzsche and Weil there is no such thing as self-possessed, especially as it relates to a state of equilibrium or poised. Self-possession is rather like a “cleverly practiced mechanical process that it almost escapes the observing eye” (Nietzsche) or “obedient to mechanical laws as blind and as exact as the law of gravitation (Weil).”

As an advertiser, I have long known how we all are mimetic and easily gullible to the whims and fancies of others. As an individual, I generally live in total denial of this fact. Even now I really have to “work” at keeping my mind and heart open to the mind of Christ, a possession by God, and not simply surrender to the gravitational spirit of myth and father of lies since the beginning.

I don't see S. Weil's thoughts as madness, Aramis. I believe that Bailie sees her analysis as an accurate one, as do I. Or, I may be misreading you on this one.

She is, however, describing madness (and sanctity) very aptly.

God has provided that when his grace penetrates to the very center of a person and from there illuminates all his being, he is able to walk on water without violating any of the laws of nature.

Dear Athos, my heart beats with Simone Weil, but alas, it is a heartbeat that anyone we would meet at work, play or even in the pews and call sane, these very people would call her mad. I guess my point is that Jesus has turned the world upside-down. And though we live in the world, and under what I call extreme influence of the world, with most everyone, including myself fallen and misdirected at least most of the time, and with our mimetic nature being what it is, the normal person or what the world would label sane, these people would call Simone Weil and the life she led one of madness. Again the upside-down-ness of life in the world.

You know..., all great ideas usually come from the mystics (Weil) or near-mystics (lunatics) who too often fall into insanity.

You obviously know a lot more about Mm Weil than I. I read once that she plunged into a Catholic Worker-like factory job existence for a time, but that is all I can recall about her life.