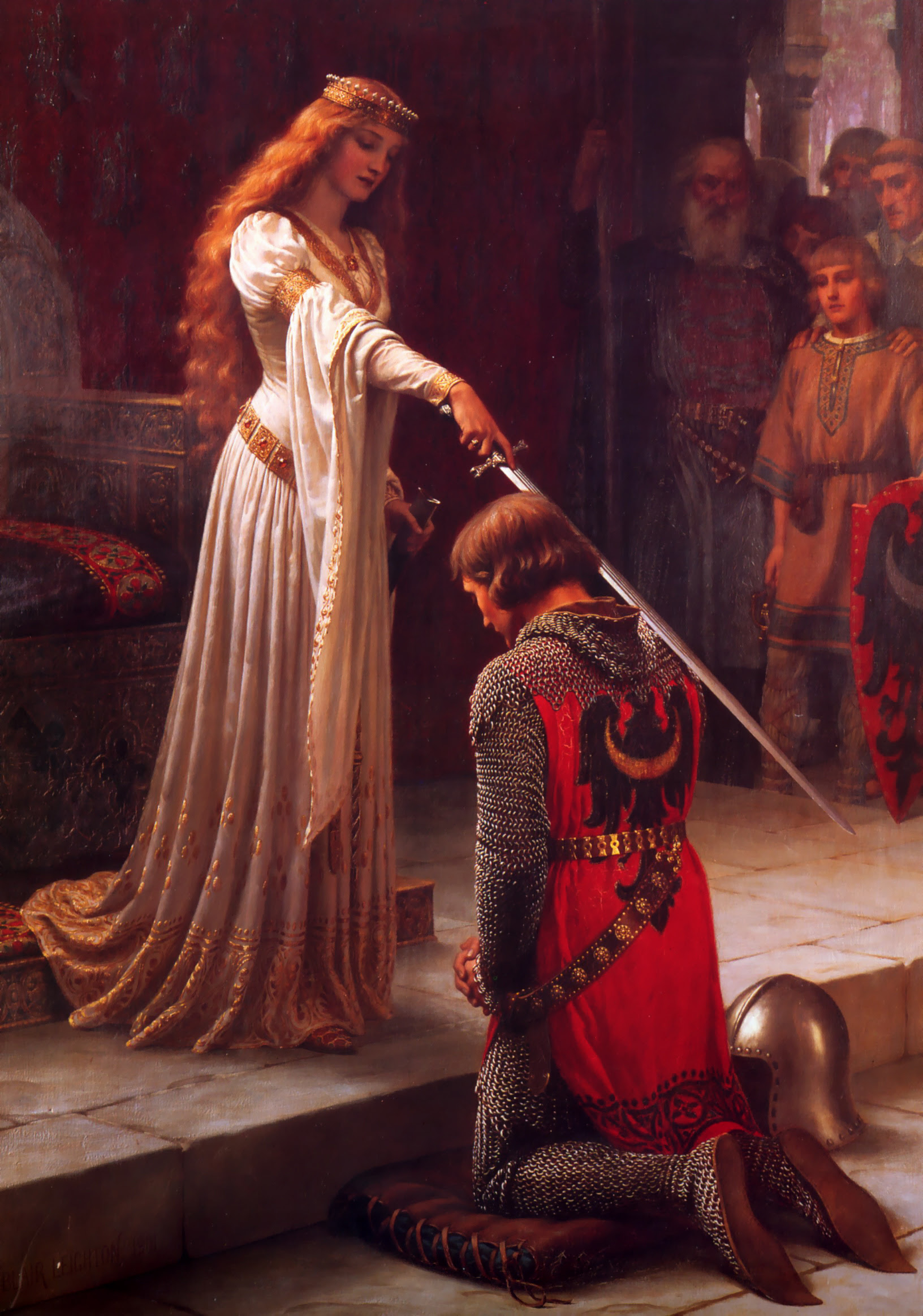 Leighton was the son of the artist Charles Blair Leighton. He was educated at University College School, before becoming a student at the Royal Academy Schools. He married Katherine Nash in 1885 and they went on to have a son and daughter. He exhibited annually at the Royal Academy from 1878 to 1920.

They all seem kind of calm considering that guy's about to get his head cut off!