A Catholic Vision for Farm and Town 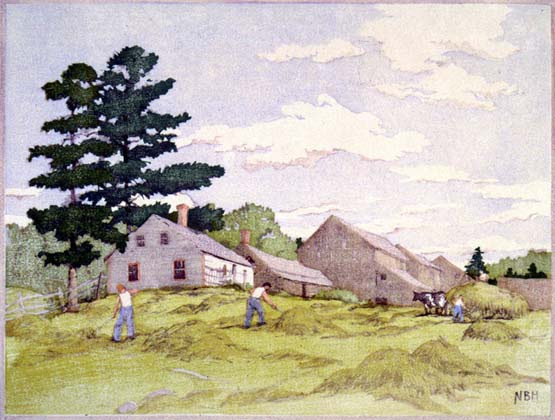 From the National Catholic Reporter:
"It’s not well known that Catholics have been way ahead of Willie Nelson or Wendell Berry when it comes to a populist, environmental vision for rural America.

"Consistently over its history, the conference has expressed and worked on behalf of a vision of religious, cultural, social, ethical and environmental values, all seen as part of one web of life.

"From inventing new kinds of Catholic rural communities during the Depression to countering the predations of the agri-industrial complex in recent years, the conference has served rural Catholics.

"Headquarters is a barn-red, two-story ranch house on the outskirts of Des Moines about a mile from where Interstates 35 and 80 intersect to form a crossroads of the nation.

"Its location in the upper Midwest is no accident, as it was born into and much influenced by the German-Catholic heritage of that area, which included a strong agrarian vision. Input from figures like liturgical reformer Benedictine Fr. Virgil Michel shaped the conference in its early years.

"Easily one of the most remarkable conference figures was Msgr. Luigi Ligutti, director during the 1950s, who was nicknamed the pope’s county agent.' ”