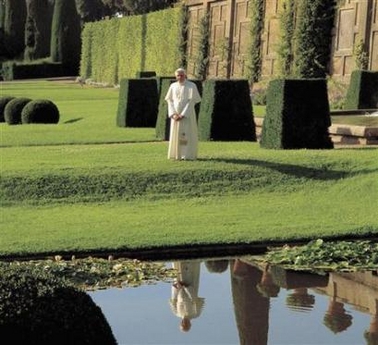 Paradiso by Dante
Canto XXIX : Lines 7-15,
translated by Henry Wadsworth Longfellow
Beatrice's Discourse of the Creation of the Angels

7 - 15
So long, her face depicted with a smile,
Did Beatrice keep silence while she gazed
Fixedly at the point which had o'ercome me.

Then she began: I say, and I ask not
What thou dost wish to hear, for I have seen it
Where centres every When and every Ubi.

Not to acquire some good unto himself,
Which is impossible, but that his splendour
In its resplendency may say, ' Subsisto,'
Posted by David Nybakke at 6:40 PM

Aramis, your contemplative side finally airs itself like freshly washed and hung linen blown by a fresh breeze when the world was still young.

Thank you for the needed perspective.