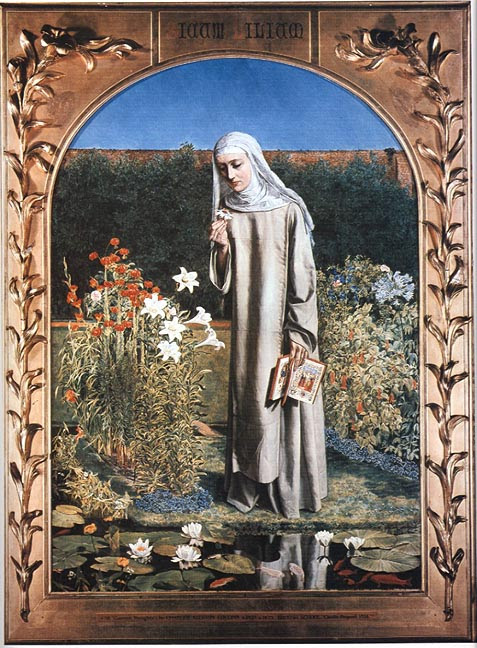 Convent Thoughts (1851) - Charles Allston Collins
According to Christopher Wood (The Pre Raphaelites), "Collins's picture is typical of the early, gothic phase of the movement, and the religious piety of these works led many critics to accuse the painters of being Roman Catholic sympathizers. The mood of this picture is generally similar to Rossetti's early works, but the flowers and garden reflect Millais's influence" (22).

But Clare Asquith relates something more telling in her tome, Shadowplay - The Hidden Beliefs and Coded Politics of William Shakespeare: "Unknown to Pericles, (Thaisa) retires to a convent - a common refuge for women exiled from England." (250, my emphasis)
Posted by Athos at 7:57 PM