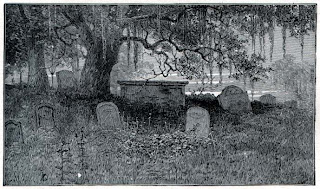 Only 13 days separated the passing of Eunice Kennedy Shriver, the founder of the Special Olympics, from the death of her brother Ted last week. But amid the wall-to-wall coverage and the stream of retrospectives for the senior senator from Massachusetts, it was easy to forget that he wasn’t the only famous Kennedy sibling to enter eternity this month.

Liberalism’s most important legislator probably merited a more extended send-off than his sister. But there’s a sense in which his life’s work and Eunice’s deserve to be remembered together — for what their legacies had in common, and for what ultimately separated them.

What the siblings shared — in addition to the grace, rare among Kennedys, of a ripe old age and a peaceful death — was a passionate liberalism and an abiding Roman Catholic faith. These two commitments were intertwined: Ted Kennedy’s tireless efforts on issues like health care, education and immigration were explicitly rooted in Catholic social teaching, and so was his sister’s lifelong labor on behalf of the physically and mentally impaired.

What separated them was abortion. (Emphasis added.)

Along with her husband, Sargent Shriver, Eunice belonged to America’s dwindling population of outspoken pro-life liberals. Like her church, she saw a continuity, rather than a contradiction, between championing the poor, the marginalized and the oppressed and protecting unborn human life ... More>>

And a child - albeit a precocious one - might right there, between Edward and Eunice, draw a rough crayon line between a faithful Catholic who held to the teachings of Mother Church in faith and morals, on the one hand, and a so-called "liberal Catholic."

But that crayon line would demarcate more. It would be a chasm separating the Christian faith in its fullest expression - the Catholic headwaters that nourish all christianities downstream - and a dangerous road leading many, oh so many, toward a recrudescence of the pagan in all of its "needed" pragmatism.

Alas for ones who stray from the Barque of Peter if one wants to die a holy death.
Posted by Athos at 7:11 PM