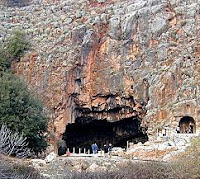 Part and parcel of the cultural degeneration embedded in the cycle of René Girard's "primitive sacred" is sacrificial preparation. The priest/shaman/kingship actively seeks the breakdown of social mores, intensifying the psychological and social agitation of the people, until the sacrificial denouement is reached in the ritual killing of the proscribed victim.

This was, as Gil Bailie notes, an "economical" method of restoring the peace and tranquility of traditional societies. When the single victim mechanism was working well, it only took one victim to bring about the cathartic release accrued in the sacrificial preparation. And, of course, the ritual was a re-enactment of the founding murder that lies at the heart of each and every culture; its memory, though in the hoary past, was preserved and guarded in the culture's myths, rituals, and prohibitions. It was a well-considered action choreographed to insure a return to a stabilized cultural milieu without getting out of hand and becoming a conflagration of total cultural destruction.

The haunting question is, do the so-called "progressives" who occupy the highest places of governmental power and influence know any of these anthropological realities? No, says

A renowned expert on the life and work of sex scientist Alfred Kinsey, widely known as the "father of the sexual revolution," is raising alarms over President Obama's pursuit of sex "education" for kindergartners and his plans to install a pornography advocate in a top Justice Department position.

Judith Reisman is a Ph.D. researcher and scholar whose exposés of Kinsey have appeared in several books, including "Kinsey: Crimes & Consequences" and, most recently, a new DVD called "The Kinsey Syndrome."

The new video documentary reveals dramatically the profound impact on American society from the “findings” of the famous sexual revolutionary, who succeeded in overturning most of the “morals” and “vice” laws of World War II-era America ...

(She) explains how Kinsey's campaign for extreme sexual permissiveness – many would say anarchy – now has resulted in aggressive demands for approval of alternative sexual lifestyles, rampant abortion, child molestations and even the kidnapping and killing of children.

Specifically, she explains (that) Kinsey's research was conducted intentionally to advance the agenda of a sexually promiscuous society, and the nation forever has been changed – for the worse – because of him.

Read all of the WorldNetDaily article here.

The key to understanding our cultural situation from a viewpoint of mimetic theory is to listen to the themes (economics, conservativism, liberalism, etc.) but observe carefully the structural aspects and how they relate to the anthropological realities.

In this case, Dr. Reisman is correct in seeing the dangers associated with the alarming naïveté and ill-informed choices of President Obama. Girard underpins her fears with structural understanding. The United States leadership is hell-bent on sacrificial preparation. Leading to what?
Posted by Athos at 8:01 AM