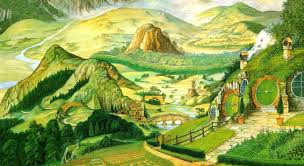 The worst of this election's absurd nonsense is that people near and dear to me are so taken by this Pied Piper of the Culture of Death, Barack Obama. He has promised to sign the Freedom (sic.) of Choice Act first and foremost after becoming President of the United States.

They see in him no earthly man, but a symbol, a non-George W. Bush, an archetype. I see in him an internal mediator who pulls on his trousers one leg at a time - regardless of his promises to "change the world" - who will disappoint his followers for a plethora of reasons, as the inevitable enantiadromia after his gutterish triumphal entry turns ugly.

I do not pity the man. He doesn't have an epistemological or ontological leg on which to stand. I do, however, pity those, as I say, whom I love who are blind to the mythopoeia that swirls about him. And I am angry; angry at what this nation is about, legally, to become. The United States of America will face consequential judgment, and well deserved.

So where is a hobbit to find a piece of land, some freedom(s), and a place to worship and raise a family in peace?
Posted by Athos at 10:33 PM

I don't know that Obama's followers will allow themselves to be disappointed in anything he does.

The will more likely *will* themselves to see success when they're looking at failure.

Their dream is fragile and must be insulated from the chill winds of reality. Even if the country collapses, they will blame the country for not implementing the plans of the Beloved Leader properly or with enough enthusiasm.