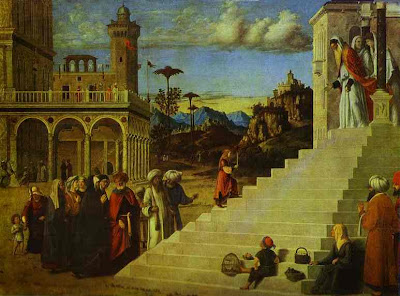 It is vastly significant in these times to recall three things: (a) each one of us is the prima materia in the proof of a good and loving God; (b) secondly, as the sage Walker Percy observed, each one of us is a triadic being in a cosmos of dyadic occurrences since the beginning of all things: an observer and namer. Yet for all of this, the self is a mystery that none can name on our own. This has engendered a vast popular unthematized philosophy and lifestyle of trying to show that we are only dyadic creatures like the rest of the animal kingdom, supported and egged on by present-day reductionists and self-appointed definers of the realm of reality like the MSM.

In this mysterious existence as humans, the Catholic Church makes truth claims that it purports to have received via revelation; that is, from outside the cosmos of culture and from outside the time/space continuum itself; about a divinity Who is trinitarian, covenant-making and self-donating; about this deity Who shares ontological being with us, so much so that we are made imago dei.

Today the Church celebrates the one human who in her fiat made it possible for us humans to be divinized, as the Eastern Church calls it. Through the Blessed Virgin Mary our deity became one-with-us, the Word made flesh (Jn 1,14), in Jesus Christ.

Lastly, (c) if the Catholic Church is right about the revelations she has received, who are we to choose which to accept as true and which to discard? One must accept all of her teaching, or reject it all. Anything else is the height of hubris.
Posted by Athos at 10:36 PM