Chivalry, the Grail, & the Round Table 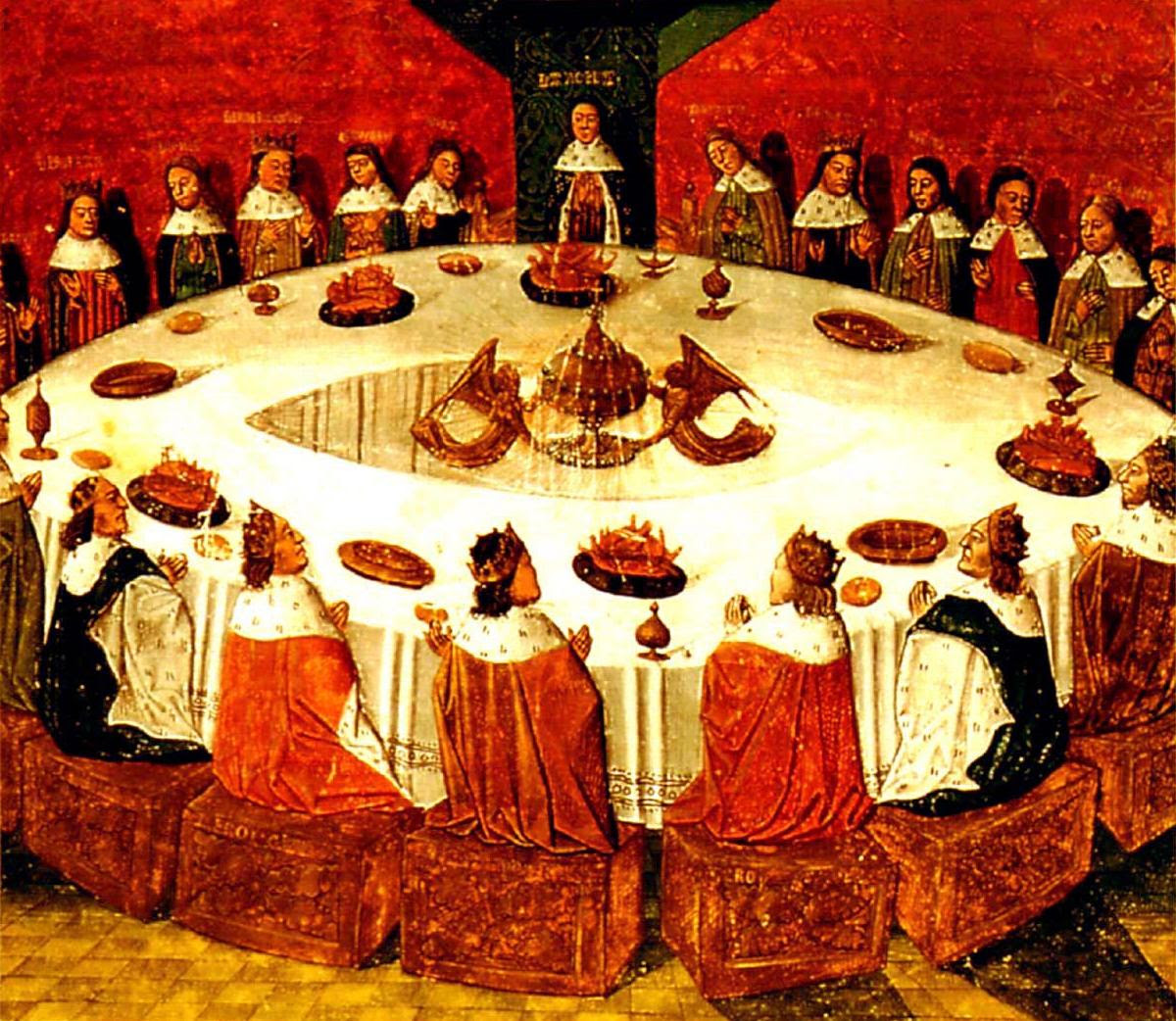 A MYSTICAL MATERIALISM marked Christianity from its birth; the very soul of it was a body. Among the stoical philosophies and oriental negations that were its first foes it fought fiercely and particularly for a supernatural freedom to cure concrete maladies by concrete substances. Hence the scattering of relics was everywhere like the scattering of seed. All who took their mission from the divine tragedy bore tangible fragments which became the germs of churches and cities.

St. Joseph carried the cup which held the wine of the Last Supper and the blood of the Crucifixion to that shrine in Avalon which we now call Glastonbury; and it became the heart of a whole universe of legends and romances, not only for Britain but for Europe. Throughout this tremendous and branching tradition it is called the Holy Grail. The vision of it was especially the reward of that ring of powerful paladins whom King Arthur feasted at a Round Table, a symbol of heroic comradeship such as was afterwards imitated or invented by medieval knighthood. Both the cup and the table are of vast importance emblematically in the psychology of the chivalric experiment.

The idea of a round table is not merely universality but equality. It has in it, modified of course, by other tendencies to differentiation, the same idea that exists in the very word "peers," as given to the knights of Charlemagne. In this Round Table is as Roman as the round arch, which might also serve as a type; for instead of being one barbaric rock merely rolled on the others, the king was rather the keystone of an arch.

But to this tradition of a level of dignity was added something unearthly that was from Rome, but not of it; the privilege that inverted all privileges; the glimpse of heaven which seemed almost as capricious as fairyland; the flying chalice which was veiled from the highest of all the heroes, and which appeared to one knight who was hardly more than a child.

Rightly or wrongly, this romance established Britain for after centuries as a country with a chivalrous past. Britain had been a mirror of universal knighthood. This fact, is of colossal import in all ensuing affairs, especially the affairs of barbarians.