Excerpt from Evolution and Conversion - Dialogues on the Origins of Culture 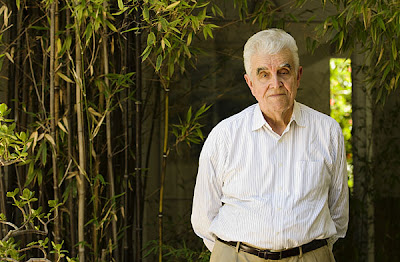 From the Forward:
Evolution and Conversion is intended as a reassessment of Things Hidden Since the Foundation of the World, 30 years on, with attention to unresolved problems, and an opportunity to respond to critics. - Michael Kirwan

Excerpt from the beginning of Chapter 3 (pg 96)

According to Michel Serres, your work puts forward a Darwinian theory of culture because it 'proposes a dynamic, shows an evolution and gives a universal explanation of culture;. Is this actually your aim?

Why not? I think that Darwin is too naive in his conception of religion, I believe there is something extremely powerful and admirable in his way of arguing, but I have always been fascinated by the way he thinks. This is the reason why there is a Darwinian perspective in the process of hominization as I present it in Things Hidden. I feel a strong kinship with his way of arguing: 'one long argument from the beginning to the end'. The theory of natural selection seems to me quite powerfully sacrificial. After all, Darwin, in resorting to Malthus's theory of population, stresses the importance of death just as much as the importance of survival. In some sense it is representing nature as a super-sacrificial machine. Any great scientific discovery that represents a paradigm and a gestalt shift is strongly determined by the larger cultural context in which this discovery developed. I think that the discovery of natural selection is marked by the time in which it was conceived. It is part of the modern discovery of sacrifice as the foundation not only of human culture but also of the natural order.

Posted by David Nybakke at 3:56 PM