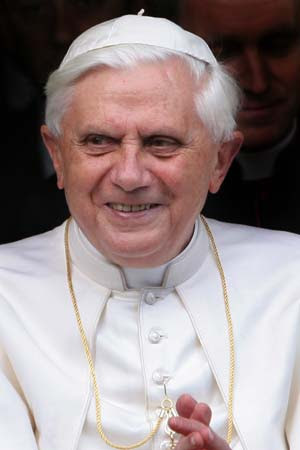 In the hope and determination that a sex abuse crisis never again bring scandal and dishonor to the Church, John Allen reports, Benedict XVI examined factors that led to it in the first place.

Echoing points he made in the United States, the pope told reporters that it's "essential for the church to reconcile [with victims], to prevent, to help, and also to see guilt in these problems." In a little-noticed coda, however, Benedict went a step further than he did in America, identifying a potential culprit underlying the crisis: a moral theory known as "proportionalism."

Here's what the pope said, in English, according to the official Vatican transcript of his remarks:

"We have to reflect on what was insufficient in our education, in our teaching in recent decades. There was, in the '50s, '60s and '70s, the idea of proportionalism in ethics: It held that nothing is bad in itself, but only in proportion to others. With proportionalism, it was possible to think for some subjects -- one could also be pedophilia -- that in some proportion they could be a good thing. Now, it must be stated clearly, this was never Catholic doctrine. There are things which are always bad, and pedophilia is always bad. In our education, in the seminaries, in our permanent formation of the priests, we have to help priests to really be close to Christ, to learn from Christ, and so to be helpers, and not adversaries of our fellow human beings, of our Christians." (My emphases)

Read all of Searching for the hows, whys of sex abuse
Posted by Athos at 8:13 AM

I love the work of Benedict XVI and how he goes about setting in place motion and how that motion will bring about spirited and yet logical action...

The article by Allen was interesting yet, and correct me if you think I am off base here, if we continue to ignore the human mimetic propensity we will only vacillate between extremes and not advance in the formation or pastoral process.

Allen writes towards the end of the article: "If the diagnosis is that a defective moral theology helped to generate the crisis, then the antidote would seem to be increased doctrinal vigilance, along the lines of the recent Apostolic Visitation of American seminaries.

"If, however, what happens in the classroom is ultimately judged to be less decisive than what happens outside, then such efforts could be misplaced."

It seems to me that he does not recognize the human mimetic nature within these 2 diverse positions and therefore sees no other choice.

I am not suggesting an answer, or that either/or of these rational conclusions is entirely right or wrong, rather I am only hoping that we will come to integrate mimetic theory into our diagnosis and attempt to reconcile each other to one another and to God.

Ath, a second question regarding this issue... I have not followed this issue so I can easily show my ignorance, please take this into consideration when I throw this comment in here...

In the article, no actually, from the comments section Submitted by mlou on July 18, 2008 - 5:43am.: "Bad formation? While that may be the case, there was NO BAD FORMATION of the bishops who continually protected and transferred abusive priests.........over DECADES."

Yes, why are we not focusing on the "cover-up" (this may be a bad term to use here, I don't know). If I understand correctly, many, if not most of the abuse, when it did get back to the bishops, there was little or nothing done - no punishment or corrective action taken. Again, everything points to the individual priests (ala a scapegoat even if he committed a crime, we know that it is better to sacrifice the one for the many...) and little is addressing the mimetic nature of all involved - from the priest, the victims of abuse, and the bishop(s).

Just wondering if this is even a legit concern to raise...