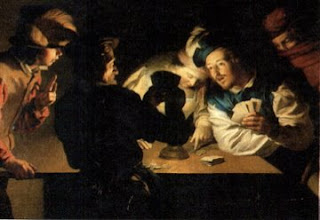 The NY Times is doing a victory lap over the blogosphere today:

For the most part, the traditional news outlets lead and the blogs follow, typically by 2.5 hours, according to a new computer analysis of news articles and commentary on the Web during the last three months of the 2008 presidential campaign.

The finding was one of several in a study that Internet experts say is the first time the Web has been used to track — and try to measure — the news cycle, the process by which information becomes news, competes for attention and fades.

This is laughable because the media is ahead of the blogs only in what they choose to cover.

For example, look at the recent quotes that came to light concerning Obama's Science Czar John Holdren who endorsed mass sterilizations and forced abortions in a book he wrote in 1977. Those comments were discovered not by one reporter on a staff of hundreds on a large metropolitan newspaper. Those comments were discovered by a guy who runs a blog called Zombietime. And Holdren's comments launched 4,000 blog posts over the next three days. But not one mainstream media organization has looked into these comments.

So on this story, the blogosphere is uhmm...three days ahead of the MSM. And counting ... More >>>

What Archbold outlines (and Michelle Malkin, too - see the link) is the collusion that is part and parcel of today's out-of-control swinging pendulum of what Saint Paul calls "party spirit." Should you ever get a chance to listen to Gil Bailie's reflections on Dante's Inferno, I highly recommend his in-depth discussion of this particular circle of hell. (Sadly, Mr. Bailie's present Emmaus Road Initiative does not allow his greatest skill for such in-depth ruminations.)

René Girard has studied this phenomenon extensively - the "problem of the doubles" - and future generations will stand amazed at the way two-party politics in the United States of America foiled what was left of old Christendom.

In these meantimes, "Prez I Wun" in his hubris is the magician of magicians, the master of the sacred prestidigitation of collusion. I have never seen his better (sic.).

Nevertheless, the Holy Father has once again left us a trail of bread crumbs (Panis Angelicus), but it takes saints - and the aspiring saintly ones (wink, wink) - to strive, to struggle, to follow this trail far from the maddening crowd (would Thomas Hardy know this? I'll leave that to you to decide), and maybe fail miserably in the effort.

But you know what? I'll take that failure over the collusion smoke and mirrors of the MSM, Wall Street, and the Republic and Democratic parties. Any day.
Posted by Athos at 8:04 PM