A Hat of a Different Sort 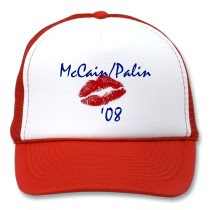 The RNC has released the Palin biography video that was cut from the program last night (apparently because Rudy went too long).

Take special notice at 1:38 into the film. It looks like Todd Palin is wearing a Cubs hat! Sorry readers, Fidelis is based in Chicago. And the team is teasing the city with the prospect of breaking the 100 year curse. Come October, should the Cubs make it that far, I wouldn’t be surprised to see Obama pulling a Rudy Giuliani in the front row at Wrigley Field grabbing some free publicity. Then again, Obama did rip Cubs fans last week saying baseball at Wrigley is “not serious.”

Posted by David Nybakke at 3:32 PM