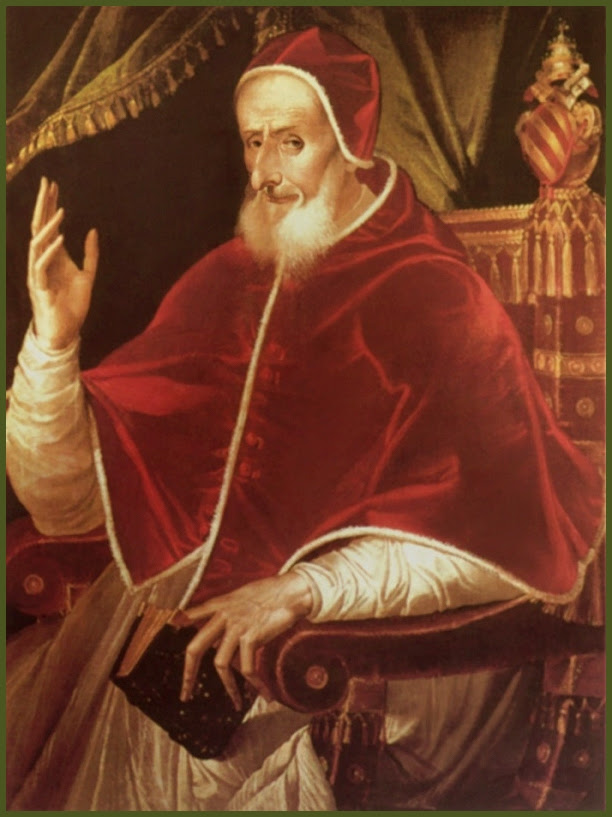 St. Pius V, who was born in 1504, joined the Dominicans at the age of fourteen; he was sixty-two when he was elected Pope. His reign, through short, was one of the most fruitful of the sixteenth century. To Protestantism, which had proclaimed the Reformation, St. Pius replied by applying the decrees of the Council of Trent for the reform of the Church. He played a great part in the return of the clergy to ecclesiastical discipline. Against Islam, which threatened the West, he succeeded in forming a coalition of Christian forces: and by public prayers, organized everywhere at his request, he was instrumental in obtaining the decisive victory of Lepanto in 1571.

His holiness and austerity of life were notable, and he succeeded in bringing simplicity even into the papal household. He refused to wear the flowing garments of previous popes and insisted upon wearing his white Dominican habit even as head of the Church. To this day, the pope wears white, a custom begun by this Dominican pontiff.

Father, you chose St. Pius V as pope of your Church to protect the faith and give you more fitting worship. By his prayers, help us to celebrate your holy mysteries with a living faith and an effective love. We ask this through our Lord Jesus Christ, you Son, who lives and reigns with you and the Holy Spirit, one God, for ever and ever. Amen.
Posted by David Nybakke at 5:49 PM