Qoheleth to Christ - The Need for Today 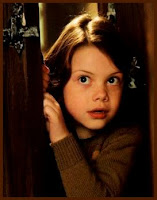 Monsignor Charles Pope, quoting from Qoheleth in Ecclesiastes chapter 12, gives A Biblical Meditation on Old Age. Don't look for any upbeat, "old age and death are a small thing" here. Qoheleth is the quintessential curmudgeon.

Michael Ward in his superb and important book on Lewis's Chronicles of Narnia, Planet Narnia, explicates C. S. Lewis's use of medieval cosmology to understand not merely literary goings-on, but current events. Lewis would call Qoheleth's musings "saturnocentric" - an allusion to the oldest and farthest from the sun planet (in the cosmology of the Middle Ages): "astringent, stern, tough, unmerry, uncomfortable, unconciliatory, and serious."

But, for the follower of Christ, Qoheleth like Saturn, does not carry the final say-so. One might say that following the path of "progressive revelation," "Vanity, vanity, all is vanity" is neither the last word nor does it sit, ultimately, enthroned.

According to Ward, Lewis was "impatient with clerical bromides about death being a small thing." In The Last Battle, Lewis not only gave Saturn full sway, killing off all the characters - including all of the Pevensie children (sans Susan who wasn't present), but Narnia itself draws to a close, with the last king of Narnia, Tirian, experiencing a searing abandonment and desolation. Aslan does not come. The young, final king experiences what Lewis called "The highest condition of the Human Will ...

... when, not seeing God, not seeming itself to grasp Him at all, it yet holds Him fast.
While not diminishing the pain and suffering of loss and death, Lewis objected to what he called "The Promethean Fallacy in Ethics" - a fallacy he found in every "good atheist"; namely, the criticism or defiance that such a person hurls at an apparently ruthless and idiotic cosmos

is really an unconscious homage to something in or behind that cosmos which he recognizes as infinitelhy valuable and authoritative: for if mercy and justice were really only private whims of his own with no objective and impersonal roots, and if he realised this, he could not go on being indignant. The fact that he arraigns heaven itself for disregarding them means that at some level of his mind he knows they are enthroned in a higher heaven still ('De Futilitate', EC)

In Lewis's model of the universe, there is standing room for bleakness, but no throne. Saturn may visit, but may not usurp the crown. This is what lay behind Lewis's criticism of Eliot, Thackery, and others. Not that they lifted up the saturnine, but they did not go beyond it; for them, Qoheleth was the stopping place. For Lewis, "of Saturn we know more than enough, but who does not need to be reminded of Jove?" Or, as Ward says, "In The Last Battle, Lewis subjects his sub-creation to full Saturnine dominance, only for it to yield new Joviality. His work manifests 'the almost crushed (but for that very reason arch-active) imagination.'

While the Dwarfs are irremediably saturnocentric, carrying their prison with them - as frightening an affirmation of the freedom of will to reject Grace if ever there was one - the friends of Narnia rejoin and fly, run, and swim along the beam of "cosmic eucatastrophe" - further in and higher up! - following Dante (Lewis's favorite poet) into Joy.

This is where we leave the dark Advent lands of Saturn, and Qoheleth, aiming ever for the realm of angelic voices, Love descending, the Word made flesh, the works of charity, of Resurrection and Ascension.

Jove: Lewis's medieval template for God's Kingdom woven through the Narnia Chronicles; the archetypal mask of the Spirit of Christ so absolutely needful today in the "saturnocentric" West.

And, of course, from a mortal perspective that is what this little book is all about, too.