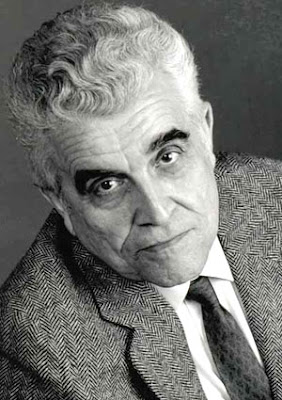 Human beings, according to French thinker René Girard, are fundamentally imitative creatures. We copy each other's desires and are in perpetual conflict with one another over the objects of our desire. In early human communities, this conflict created a permanent threat of violence and forced our ancestors to find a way to unify themselves. They chose a victim, a scapegoat, an evil one against whom the community could unite. Biblical religion, according to Girard, has attempted to overcome this historic plight. From the unjust murder of Abel by his brother Cain to the crucifixion of Christ, the Bible reveals the innocence of the victim. It is on this revelation that modern society unquietly rests. Girard's ideas have influenced social scientists over his long career as a writer and teacher. IDEAS producer David Cayley introduces this seminal thinker to a wider audience.

This interview of René Girard aired some time ago and is a great introduction of mimetic theory and the scapegoat.

René feels that religion is the heart of all societies as he draws on a mass of anthropological findings. He also helps us begin to understand our fall into violence and how we attempt to get a handle on this violence.

Tip: The 5 hour interview of René is one of the important keys to following our discussions here at The Four Mass'keteers.
Posted by David Nybakke at 3:58 PM