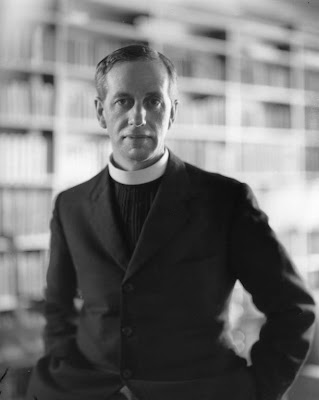 CHRISTENDOM HAS BEFORE NOW taken up arms in its own defence ... Christian princes, before now, have tried to spread the faith at the point of the sword, always, or nearly always, with disastrous results for religion. But the substantial victories of the Church have lain, always, in the sphere of the human conscience. Christ has reigned, not in the councils of nations, but in men's hearts. If every country in the world professed the Catholic religion, set up religious emblems in its market places and voted special honours, special privileges, special revenues to the clergy -- that would not be the reign of Christ on earth. It would not be the reign of Christ on earth if the homage which men paid to religion was merely external, merely political; if they treated the emblems of Christianity merely as an ancestral tradition they were proud of; and a convenient rallying-point for civic sentiment, no more. Christ will reign in the world only where, only in so far as, he rules in human hearts.
- Ronald A. Knox
Posted by Athos at 7:59 PM