Knox - How to Serve, to Live 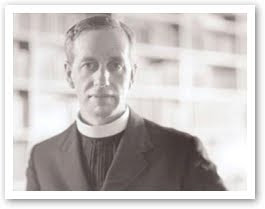 "... you serve grace now, not the law" ((Rom 6,14) - that means, evidently and most importantly, a better chance in the struggle; the law does but set before us a high standard, which we despair of achieving, grace enables us. But something else, I think, is implied. When you serve the law, you serve it, inevitably, in a legal spirit, unwillingly, grudgingly, according to the letter. When you serve free grace, you serve it in a spirit of freedom; you enter (as we say) into the spirit of it, co-operate , gladly and generously, with its designs for you. That contrast between doing God's will because you want to is more explicitly set forth elsewhere ... "The spirit you have now received is not, as of old, a spirit of slavery, to govern you by fear; it is the spirit of adoption, which makes us cry out Abba, Father!" (Rom 8,15) It is the same principle which our Lord himself had taught, though with a slightly different emphasis, when he told his disciples, "I do not speak of you now as my servants; a servant is one who does not understand what his master is about, whereas I have made known to you all that my Father has told me, and so I have called you my friends" (Jn 15,5). If the practice of the Christian religion seems to you and me something uncommonly like drudgery, that is our fault; it was not meant to be. The only really Christian attitude is to obey God with the dutifulness of loving sons, is to follow Christ with the loyalty of devoted friends.
- Ronald A. Knox
Posted by Athos at 4:59 PM

I think Knox would fully agree, Aramis. I do, too.