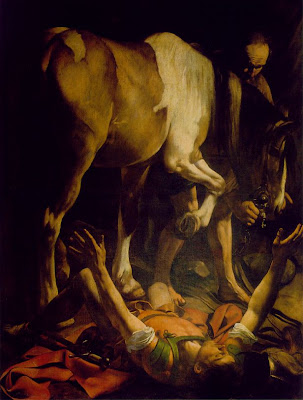 VATICAN CITY, DEC. 5, 2008 (Zenit.org).- The conversion of St. Paul is for the Christian a model of true conversion, says Capuchin Father Raniero Cantalamessa.

"Every religious proposal begins by telling men what they must do to save themselves or to obtain 'illumination,'" he said. "Christianity does not begin by telling men what they must do, but what God has done for them in Christ Jesus. Christianity is the religion of grace.""We are not saved by good works," added Father Cantalamessa, "though we are not saved without good works. It is a revolution of which, at a distance of 2,000 years, we still try to be aware."

Regarding the question of conversion, the preacher said that it "is seen as a condition for salvation."

He explained, "Repent and you will be saved; repent and salvation will come to you. This is the predominant meaning that the word conversion has on the lips of John the Baptist (cf. Luke 3:4-6). However, on Jesus' lips this moral meaning takes second place (at least at the beginning of his preaching) in regard to a new meaning, unknown until now."