Knox - At the Altar and Tabernacle, Pt. 2 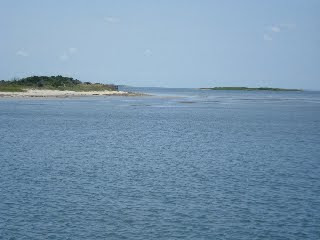 IF A PRIEST WERE wrecked, all by himself, on a desert island, and by some incalculable chance had all the requisites for Mass ready to hand, I suppose he would be justified in saying Mass, day after day, without even a server to share in the exercise. And still, day after day, he would find himself interceding not only for himself but pro omnibus circumstantibus, for all the people standing round; he would turn and bid them ask acceptance for this sacrifice, his sacrifice and theirs; he would ask God to remember, together with his own, the intentions of the bystanders; and all the while there would be no answer to his Mass except the lapping of the waves and the cry of sea-gulls. I wonder if he wouldn't be impressed, merely by this ironical contrast, with the fact which ought to impress us whenever we go to Mass, but all too seldom does; that the Mass is essentially a corporate affair, a family affair, in which the priest is meant to stand out against a background of faithful laity; in which the laity ought to have the sense of sharing God's mercies with all the people round them, even with the woman who has taken their favorite seat, even with the man who looks as if he had come to rob the poor-box? The Mass is not just me worshipping; I am part of a crowd, the crowd of circumstantes, who are making, by their concerted action, a joint offering to almighty God.
- Ronald Knox
Posted by Athos at 12:14 PM