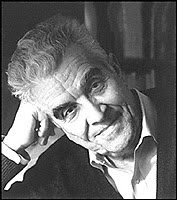 René Girard talk in 2002 - truth coming from the Cross.

The fear of the Christians to the mimetic theory was the greatest surprise to me. To tell you the truth, I didn't expect it. But curiously, as to the mimetic theory, the attitude of many Christians is exactly the same as the attitude of many atheists, because fundamentally they are humanists, which are rooted in the Greek philosophical tradition, so that Christianity is a minor addition to that. The thing that is fundamental is that humanistic line which fears the knowledge of violence.

One might say that our world, our academic world, everything that comes out of the Enlightenment, is in that line - it's dangerous to talk about the knowledge of violence, we should not talk about this - the only way to save humanity from its own violence is not to talk about it. The Judaic Christian line, however is the very reverse.

I find this statement to be so 'right-on' as to most Christians being humanists rooted in the Greek philosophical tradition, tacking on Christianity as a minor addition to their way of being.  Many have simply not been able to embrace the knowledge of the Cross and of our own violence and therefore they default to the humanists line - it is better we do not talk about this.
Posted by David Nybakke at 6:58 PM