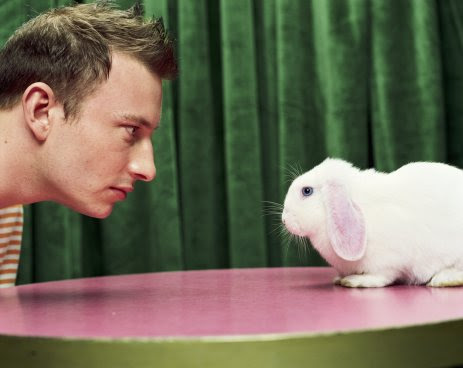 Why do we not only NOT press the questions that C.S. Lewis presents here but we bury further our heads in the sand, is it so we won't have to come to terms with our humanity?

But still—for intellectual honour has sunk very low in our age—I hear someone whimpering on with his question - “Will it help me? Will it make me happy? Do you really think I’d be better if I became a Christian?” Well, if you must have it, my answer is “Yes.” But I don’t like giving an answer at all at this stage. Here is a door, behind which, according to some people, the secret of the universe is waiting for you. Either that’s true or it isn’t. And if it isn’t, then what the door really conceals is simply the greatest fraud, the most colossal “sell” on record. Isn’t it obviously the job of every man (that is a man and not a rabbit) to try to find out which, and then to devote his full energies either to serving this tremendous secret or to exposing and destroying this gigantic humbug? Faced with such an issue, can you really remain wholly absorbed in your own blessed “moral development”?

Read this very relevant chapter by C.S. Lewis from God in the Dock

Posted by David Nybakke at 8:55 AM