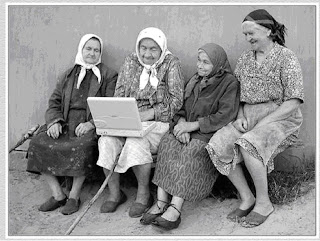 The Resistance - "Hey, like my new header, meshugas?"
(ht: Spirit of Moscow)
George Weigel spoke recently at an international symposium honoring Cardinal Jean-Marie Lustiger. One thing he said was, "Intolerance in the name of 'tolerance' must be named for what it is and publicly condemned. To deny religiously-informed moral argument a place in the public square is intolerant and anti-democratic." To read his entire address, go here.
It does not take a particularly keen observer to see the grim outline of what is happening in the United States of America under the current administration and their allies in the legislative branch of government. Weigel limns it well.
We are simply seeing the relegation of religious values to the interior of places of worship. This would include the values of the Scimitar, but as René Girard has shown so clearly (and the New Testament long before him) politicians fear crowds and power; a trait so-called "progressivists" share with the Scimitar, structurally speaking. For now, the loud-mouth rantings of the Scimitar are allowed, as long as demographics stay below a tipping point.
But it is obvious that leftist progressives want to exclude the Judeo-Christian voice in general and the magisterium of the Catholic Church in particular from public forum, and they will go to no extreme to make certain this happens. The exceptions, of course, are the Catholic-in-name-only types, those who violate the Church's teachings and leadership as progressivist allies. These will be paraded like loyal lap-dogs, shining examples of the "right kind" (wink wink) of religious thinking.
But for those who are loyal to Mother Church, like the babushkas of Soviet Russian, we are free to "hold" our religious beliefs so long as they do not attempt to intrude into serious social policy. Just sweep the streets, go to church, and keep very quiet.
This is the new "tolerance". This is the new "freedom". Welcome to the late, great American reformation.
P. S. - By the way, the babushkas won (cf. above).
Posted by Athos at 6:00 PM