Friday during Lent means Stations of the Cross 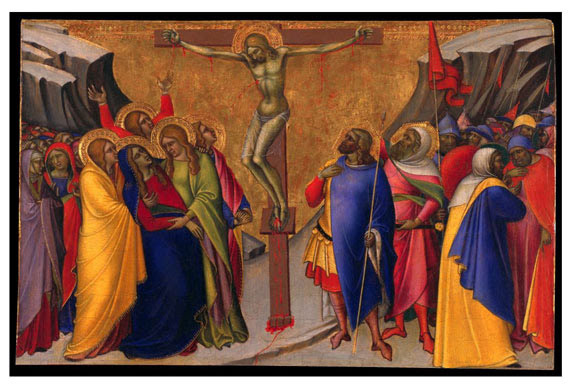 We will be heading off to the Stations of the Cross in a little bit.  If you are not familiar with this devotion LINK HERE for a brief summary.

... also called the Way of the Cross or the Via Dolorosa (Latin for "Way of Sorrow"), are the prevailing popular devotion during Lent but many Catholics made the Stations of the Cross on Fridays throughout the year and some even daily. (Pope John Paul II had the pious practice of making the Stations of the Cross daily and installed a set of stations in the apostolic apartments.) In using the word "stations" we understanding it to come from the Latin "station," meaning "standing still." The Stations are designed to have 14 stops (and some more recent publications include a 15th station) that portray events of the Passion and death of Our Lord and Savior, Jesus Christ. They begin with Jesus' condemnation to death, and concluding with His being laid in the tomb.

Posted by David Nybakke at 5:15 PM

Labels: Devotion/Contemplation, Station of the Cross

My favorite part of the Lenten season.
I wish more churches would have an ecumenical Stations, like at the churches which make up Chevy Chase circle.

What do you mean "ecumenical" Stations?

yes, I do throw that word around a tad too much.My meaning was various Christian churches, Catholic and Protestant, all walking the stations together