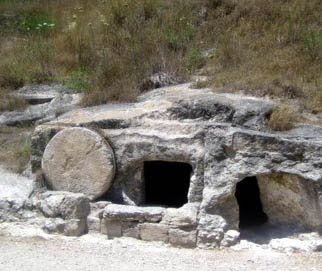 A book recommendation by Gil Bailie

(Lk 1:4). In contrast (to Luke's Gospel), Paul, though presuming all or much of this, was not concerned with presenting any "orderly account," overwhelmed as he is by the revelation of the risen One that had been made to him. That singular truth was not to be lost in the details of times, places, characters, teaching and events that had significance only in terms of Jesus being raised by God. It would seem that Paul is implicitly taking for granted the various traditions of the logia, miracles and exemplary actions recollected from the earthly life of Jesus, and to some degree deliberately refocusing the emerging tradition on its central point. For him, such details were not the place to start, even if as a teacher in Antioch he would have been familiar with all elements that were forming the tradition (Acts 13:1). The radical moment of truth was not knowing Jesus "in the flesh" (2 Cor 5:16). That, by itself, would not raise Christian existence above an improved Jewish ethics or Greek wisdom or, for that matter, beyond an overheated apocalyptic vision. For him, everything must be centered, and continually re-centered, on the resurrection of the Crucified, in anticipation of a completely new creation (2 Cor 5:17). It was not a matter of looking back, but of looking forward and outward to a creation transformed.


Want a bit more from the book before deciding to purchase the book (through the link above)? Read Chapter 7
Posted by David Nybakke at 4:19 PM