... most Catholics don't know their history, heritage and legacy 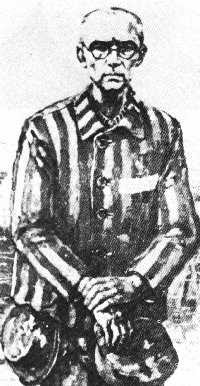 (The following is not an indorsement for I have no personal experience with St. Luke Productions, however I found the interview interesting.)

FC: Why is this particular saint (St Maximilian Kolbe) important to today’s times?

LEONARDO DEFILIPPIS: He is very relevant because he’s a saint of our modern age, and he’s a saint particularly when he confronts good and evil, so to speak.

He lived through the communist regime and the Nazi regime, so he was constantly battling this kind of socialist and secular mindset, which still has its roots throughout a lot of modern society. He was a saint of the new evangelization.

FC. What got you involved in this type of evangelization?

LEONARDO DEFILIPPIS: I was very involved in the Shakespearean theater. I was a professional actor and my main focus at that time was classical theater. I had a conversion back to the Catholic faith as an actor in the midst of the normal chaos and the antireligious movement in the arts that are in Hollywood and … in normal theater. … It opened up a whole other genre for me and I saw there was a huge need for religious drama, which in the Catholic tradition we have such a void presently.

We really don’t have Catholic drama, in contrast to the (Catholic) press or music or visual arts.

(Defilippis continues) "... most Catholics don’t know their history, heritage and legacy. In other words, they don’t know who the saints are. They hardly know anything about Scripture and they don’t know the saints. (In) a lot of places, our children are forgetting or not even knowing who St. Francis of Assisi is or St. Thérèse … the more famous saints. It’s a way of saying we do not want our heritage to be forgotten."