Demographic Winter: the decline of the human family

h/t to fellow Mass'keteer Athos at Chronicles of Atlantis. 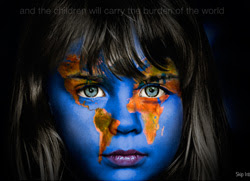 From the mission of Demographic Winter:

Of all of the causes we have in the world today, many of which particularly capture the time and space of the media and academia, it is singularly peculiar that the disintegration of an institution as important as the human family should want for attention. Perhaps it is because the family is made up of individual people, and we have become a society obsessed with a focus on the self...

From CNA (Catholic News Agency) is the following article.

Washington DC, Feb 13, 2008 / 01:25 am (CNA).- Filmmakers announced at a National Press Club press conference on Tuesday a “groundbreaking” documentary that addresses the problems of population decline and predicts a coming “demographic winter” that will result from weakened families.

The documentary, titled "Demographic Winter: the decline of the human family,” was written and directed by Rick Stout to examine developed countries that are below population replacement rates. The film brings together demographers, economists, sociologists, and civic and religious leaders to explore problems present generations will soon face due to shrinking and aging populations.

According to a press release for the film, the global birthrate has declined by 50 percent over the past half-century. Fifty nine nations, containing 44 percent of the world’s population, have birthrates below the replacement level of 2.1 children per woman.

The filmmakers report that the European birthrate is 1.3 children per woman. This dearth of children is expected to cause Europe to have a shortfall of 20 million workers by 2030, while Russia could lose one-third of its population by 2050. The chilling effect this decline is projected to have on economics and culture has led some to dub the phenomenon a “demographic winter,” a phrase from which the documentary takes its title.

Speakers at the press conference included Dr. Allan Carlson, the International Secretary of the World Council of Families; Maria Sophia Aguirre, a professor of economics at Catholic University; Patrick Fagan, a Senior Fellow at the Family Research Council; and Phillip Longman, author of “The Empty Cradle: How Falling Birthrates Threaten World Prosperity And What To Do About It.”

To see a trailer and information regarding this project link on to Demographic Winter.

Here is a little more on the creators of this documentary:
Family First Foundation
The Howard Center
World Congress of Families
Posted by David Nybakke at 2:23 PM