The Mission of the Angels - Cardinal Jean Danielou 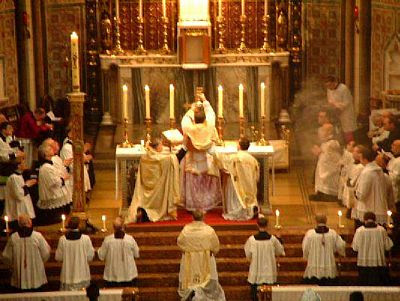 (The following is found in the Magnificat and Doctors of the Catholic Church.)

This mission of the angels to the nations is concerned first of all with protection and temporal assistance. Origen, following the Jewish tradition, attributes to them a part in the origin of the various languages. But their mission is primarily spiritual. In that respect, according to certain authors, they play a role in the natural revelation of God. As Pseudo-Dionysius puts it, “The angels entrust with the sacred care of each nation lifted up all those who wanted to follow them toward the one single universal principle.” It is their mission to lead the pagan peoples to God. This is a very fertile doctrine from the missionary point of view. The heathens are not entirely deprived of aid: the angels of God assist them, trying to lead them to the true God, preparing the way of the Lord.

Origen sees one of these angels in Macedonian who appeared to Saint Paul to get aid of him. This is also important for judging the pagan religions. No matter how perverted they are, they retain some vestige of the natural revelation, and that vestige is due to the angels who have passed it on to them and who strive to keep it alive among them.

Clement, whose favorable attitude regarding the values of the pagan authors is well known, does not hesitate to compare the role of the angels in the communication of the Law to the Jews to their role in delivering philosophy to the Greeks. “The divine power procures all manner of visible goods for us through the angels. This method of operation is manifest in the covenants of the Jews, the legislation of the Greeks, and the teaching of philosophy.” And he connects this directly with the doctrine of the angels of the nations: “God gave philosophy to the Greeks by means of the lower angels. In fact, in accordance with a divine and ancient order, the nations have been the angels.”

Cardinal Jean Danielou (+ 1974) was a French Jesuit, a theologian, and a peritus at Vatican II.
Posted by David Nybakke at 8:50 AM

Here is Benedict XVI on the angels viaMichael Dubruiel, who calls the commentary "Brilliant!"