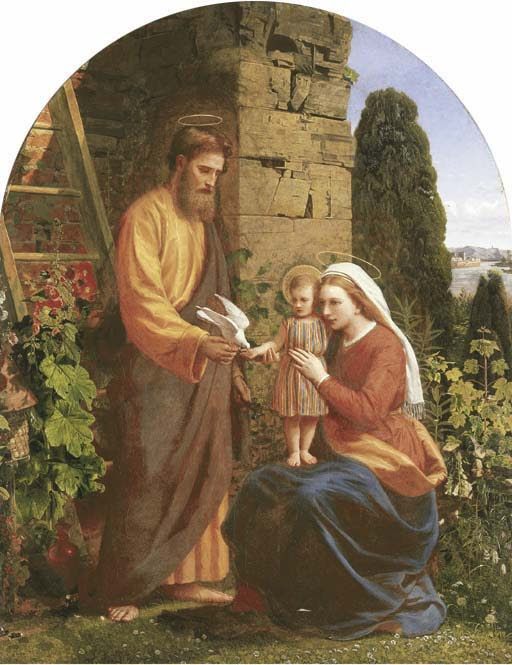 Collinson was a devout Christian who was attracted to the devotional and high church aspects of Pre-Raphaelitism. A convert to Catholicism, Collinson reverted to high Anglicanism in order to marry Christina Rossetti, but his conscience forced his return to Catholicism and the break-up of the engagement. When Millais' painting Christ in the House of his Parents was accused of blasphemy, Collinson resigned from the Brotherhood in the belief that it was bringing the Christian religion into disrepute.

During his period as a Pre-Raphaelite, Collinson contributed a long devotional poem to The Germ and produced a number of religious works, most importantly The Renunciation of St. Elizabeth of Hungary (1850) and The Holy Family (1878). After his resignation Collinson trained for the priesthood at a Jesuit college, but did not complete his studies.

In 1858 he married Eliza Wheeler, the sister in law of the painter John Rogers Herbert, one of the early influences on the Pre-Raphaelites. Returning to his artistic career he painted a number of secular genre paintings, the best-known of which are To Let and For Sale, both of which lightheartedly depict pretty women in situations that suggest moral temptation.
He was secretary of the Society of British Artists from 1861 to 1870. -- Wikipedia
Posted by Athos at 9:47 PM