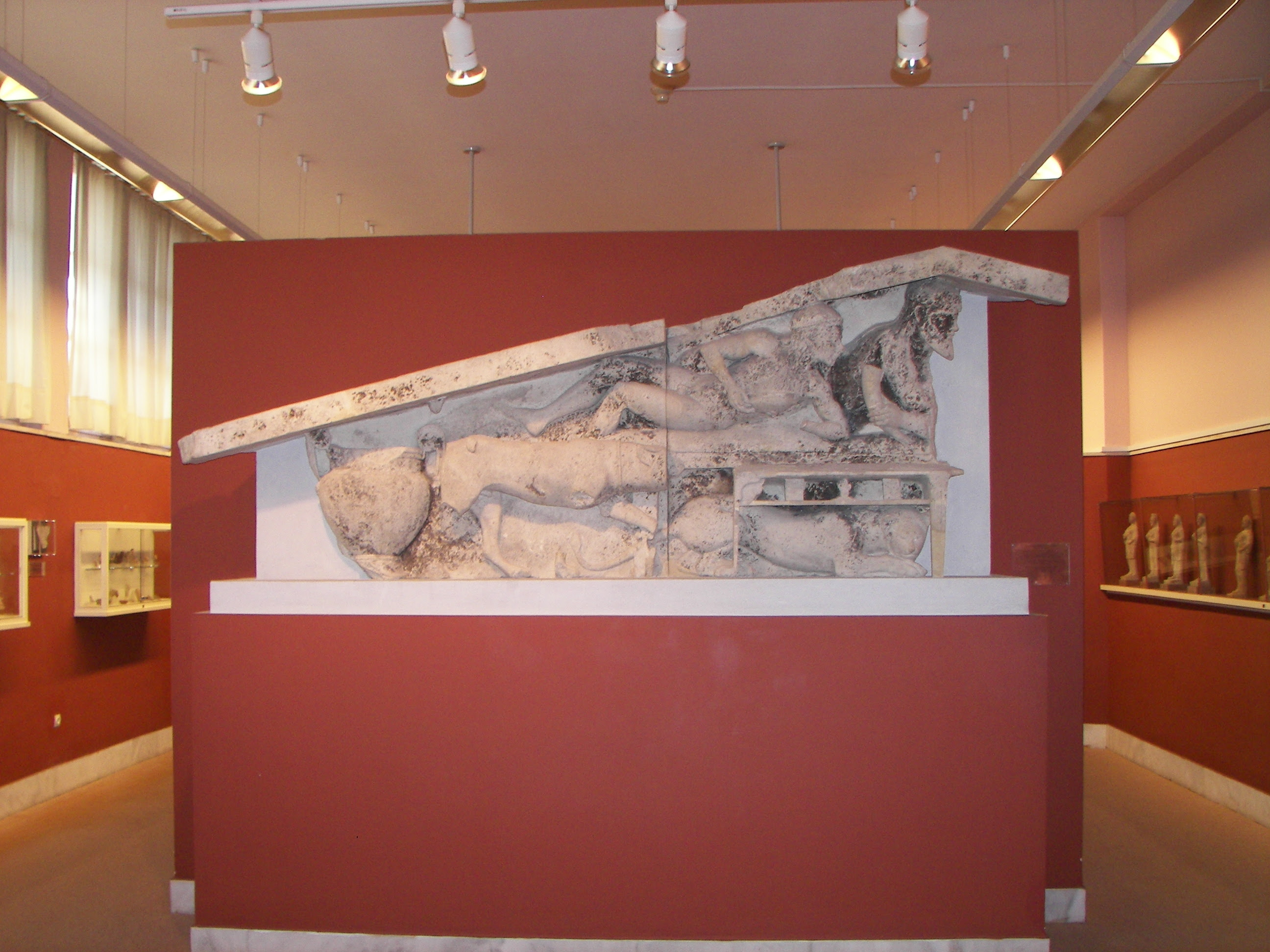 A relief of Dionysus Bacchus at the Corfu Museum

A major tenet of René Girard's mimetic theory is that if people reject true transcendence, the vacuum will not remain empty -- that secularist pipe dream -- but will be filled with false, or "deviated", transcendence. The tragedy/triumph of the Holy Cross is God's acknowledgment and initiative in addressing our human bloodthirstiness in conventional religion. He offered himself, the "Word made flesh" [Jn 1, 14], as "bait" to catch and defeat the power of Satan. Now, we humans have a viable choice between Gospel or myth, Revelation or primitive sacred, "Christ or Dionysus" (in Nietzsche's short hand). The Dionysus Mandate is my effort at limning in fable form the difference.

In his series, "The Dionysian Revival - Liberation into Savagery," Gil Bailie sums up the difference between authentic transcendence and deviated transcendence thusly:

'There are two forms of transcendence, one of them genuine, one of them not, I would say. One corresponds more or less to what Girard in one of his early books calls “deviated transcendence.” Deviated transcendence is the conjuring out of the madness of mimetic passion a shimmering phantasmagoria and losing oneself in its vertigo. It is a frenzy that ends in nihilism and violence. But, until it so ends, it simulates transcendence. It gives one a sense that one is involved in something bigger than oneself. One gets caught up in it. The crowd, the mob phenomenon, the frenzy is always a deviated transcendence. It really has no ultimate, there is no real “vertical” dimension to it, if I can use that kind of metaphor. There is no real transcendence. It is all a kind of transcendence conjured out of the “social soup.” It is a phantasm. And that is what the Dionysian provides. It provides a semblance of real transcendence. But there is a big price to pay, and that is that social phenomenon tends to degenerate, to deconstruct itself until it gets to the place where it is violent.'

Unconvinced? Here is a story -- again -- about the Mayan calendar prediction regarding 2012 AD as the "close of an age" (read: end of the world), conspiracy, Masons, alchemy, and, yes, Denver International Airport. You read me right. DIA. If one won't have true transcendence, one will surely fall into the false and deviated forms. Here. See also.
Posted by Athos at 7:20 PM