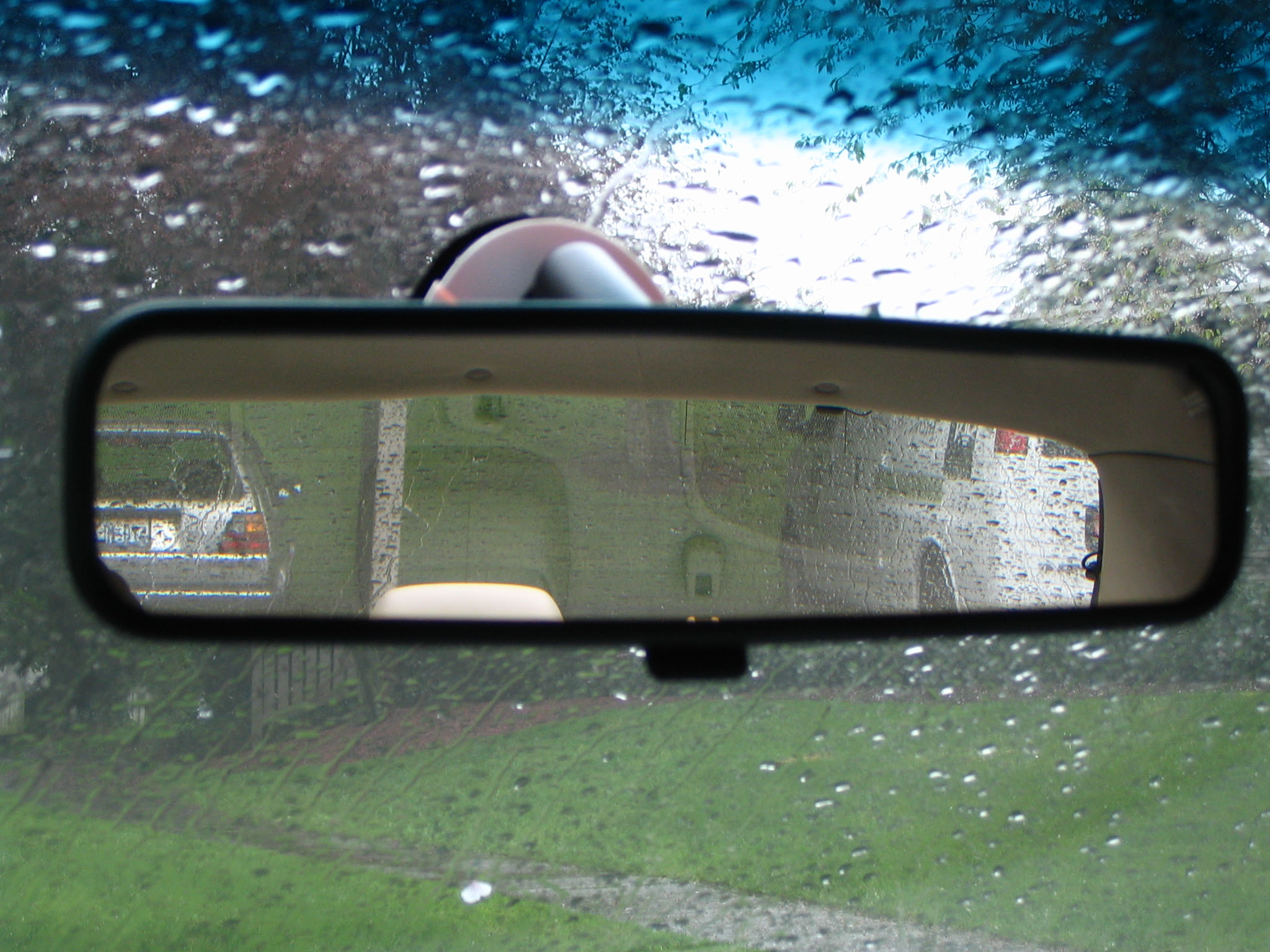 I drove down the main street of our northern Virginia city, stopping and starting at the untimed and planned-for-inconvenience traffic signals. While waiting for the light to change, as always, I looked in my rear view mirror to see what the driver looked like in the car behind me, in this case a nondescript minivan.

I looked and tried to focus. Hmm. A shadowy outline, short – am I seeing the outline of the headrest, or that of the driver’s head? Two young ladies walked by our vehicles on the sidewalk, talking to one another pleasantly, dressed appropriately, I thought, for perhaps one of the last warm evenings before autumn lowers the evening temperatures: short jean skirt for one, sleeveless blouse for the other.

There was head motion in the driver’s seat of the minivan behind me. Ah, that driver is noticing the pedestrians too, I thought. The head turned a full 45 degrees to look at the women strolling by our cars.

Wait. Yes. Ah, now I see. The driver behind me is wearing a burqa – dark in color, no more than an inch of opening (allowing for full range of vision – necessary for northern Virginia driving). Now I understand why I couldn’t see more than I usually can make out of the person driving behind me (not that I am a rear view mirror “starer”). I continued scanning around, waiting for the light to change. It all took, perhaps at most, fifteen seconds. I went my way to – all right, I admit it – Starbucks. And she turned right and went her merry way.

How do you tell a billion people with a kind of collective chip on their shoulder that you don't care for their taste in women’s fashion? Understanding of the deity? Knack for producing cradle and convert whackos who seem to thrive on the bloody deaths of their – and their deity’s -- perceived enemies?

Some people call them names, like Theodore Dalrymple, who calls them the ”Marxists of our time.” But that metaphor just won’t wash, really. It won’t do to try to conflate atheists with raving monotheists with a penchant for literalistic bibliophilia. Some roll over, play dead, and acquiesce to their taste in women’s fashion, for example. But that won’t do either, and it won’t placate in the long run.

I used to laugh at a joke when I was very young: “Where does a 600-pound gorilla sit? Anywhere he wants.” Folks, we have a billion-pound gorilla to learn to deal with, and he is very opinionated.

By the way, I wonder what the driver behind me was thinking of that short skirt and that sleeveless blouse walking by our cars?
Posted by Athos at 6:08 AM

Athos, you write, "we have a billion-pound gorilla to learn to deal with, and he is very opinionated."

I think the answer is ontological density. No one seems to really care to hear this, but it is the ONLY way to meet the other and stand your ground.

I also find your comment about the gorilla illuminating when you add that he is very opinionated.

"Very opinionated" here, to me, signals a group of people very determined in their belief in the necessary ingrediences for a strong culture - their faith and culture are one in the same and therefore they do not have to consider other opinions - they believe that their's work just fine, thank you very much.

It goes back to prayer, listening and responding (the call and vocation) ... it seems to me that the only way to meet this gorilla is to be very grounded in the One True Source, becoming an instrument of that Faith, Hope and Love enabling others to grow in their ontological density.