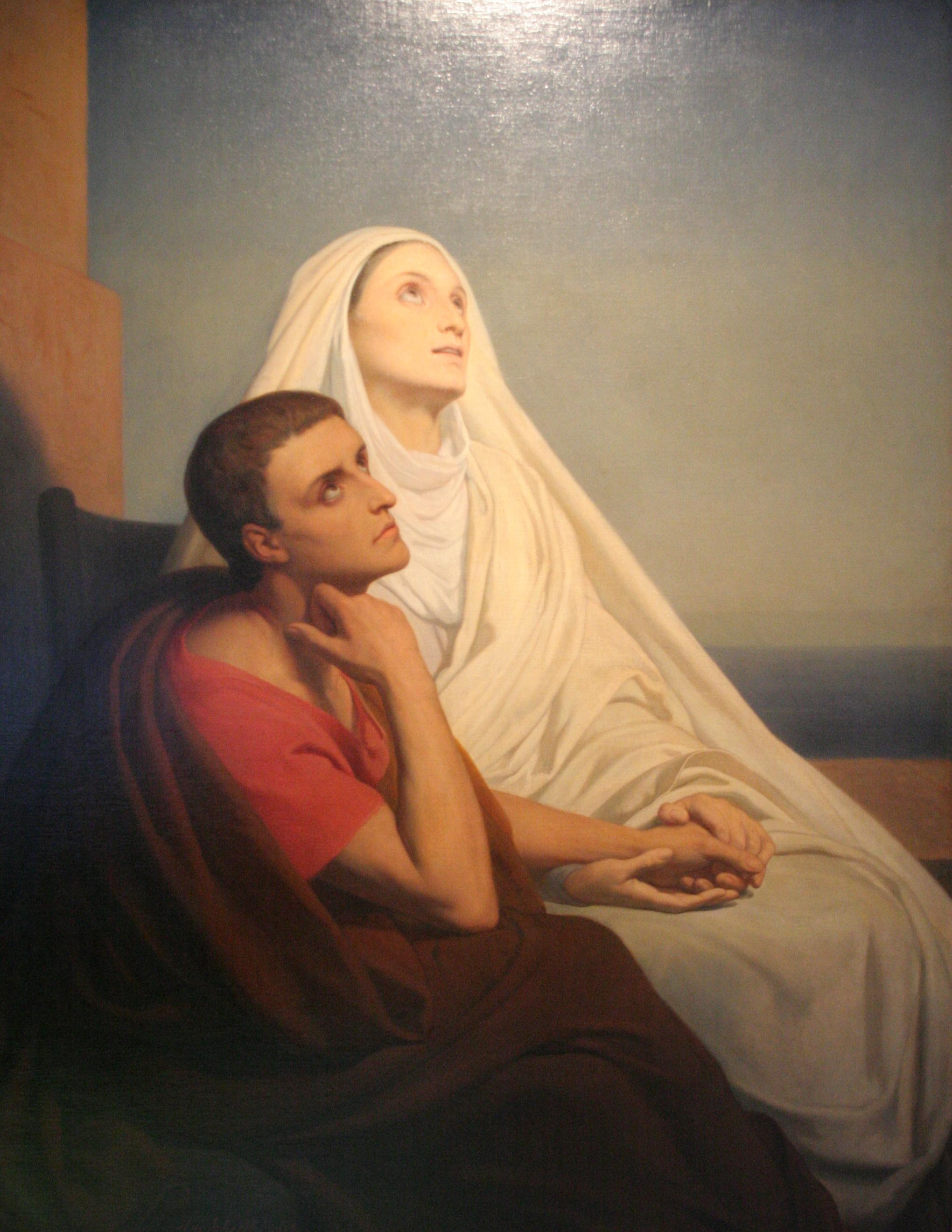 Saint Monica, Saint Augustine's mother, prayed for his conversion for many long and fruitless years. The Catholic Encyclopedia has a nice synopsis of the facts of her life.

And, lest any doubt the historicity of the facts of her -- or her son's -- life, Father John Zuhlsdor posted a must-read essay entitled, ”The Bones of Augustine” -- a snippet:

Last year (2006) Augustine began to get out a little more. He dramatically was reunited for a time in Milan with St. Ambrose who helped the young materialist philosopher get a grip on the concept of an immaterial God and soul, had helped to open his heart through the chants he composed for church, and after Augustine’s conversion had baptized him in 386 in the baptistery of the Church of St. Tecla adjacent to what is now the Cathedral of Milan. You can visit the excavated baptistery of St. Tecla now and see the actual baptismal font. This year, however, Augustine was reunited with his mother in Rome . . .

You guys get the award for the consistently best art work.
Thanks again.
Gil

Can't take credit, Gil, but thanks. It's just providential (and free) finds.

Actually, Ath should get credit, because he finds (and arranges) the lion's share of it, followed by Aramis, with only an occassional art drop by myself.